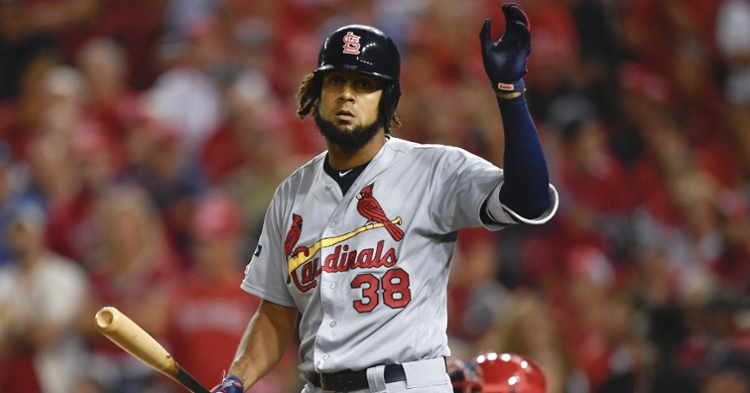 Jose Martinez will provide the Cubs with added depth in the outfield and can also serve as a designated hitter down the stretch. (Credit: Tommy Gilligan-USA TODAY Sports)

CHICAGO — Jose Martinez had his fair share of success playing against the Chicago Cubs while a member of the St. Louis Cardinals from 2016-19. Now, he will have the chance to suit up for the Cubs. Chicago's front office traded for Martinez on Sunday, with the deal coming ahead of Monday's trade deadline. The former St. Louis outfielder was previously traded to the Tampa Bay Rays in the offseason, where he has served as a designated hitter.

Acquiring Martinez in return for two players to be named later or cash considerations, the Cubs added a veteran right-handed power hitter with a great arm by acquiring 32-year-old Martinez, who hit .239 with two home runs and 10 RBIs through 24 appearances with the Rays. Catcher Joshua Phegley was designated for assignment by the Cubs in order to make room for Martinez on the 40-man roster.

Designated hitter Jose Martinez has been traded to the Chicago Cubs, sources tell ESPN. Two PTBNLs headed back to Tampa Bay. The Cubs get a lefty masher and the Rays now may get to give more ABs to Randy Arozarena, whom they acquired with Martinez in a trade this offseason.