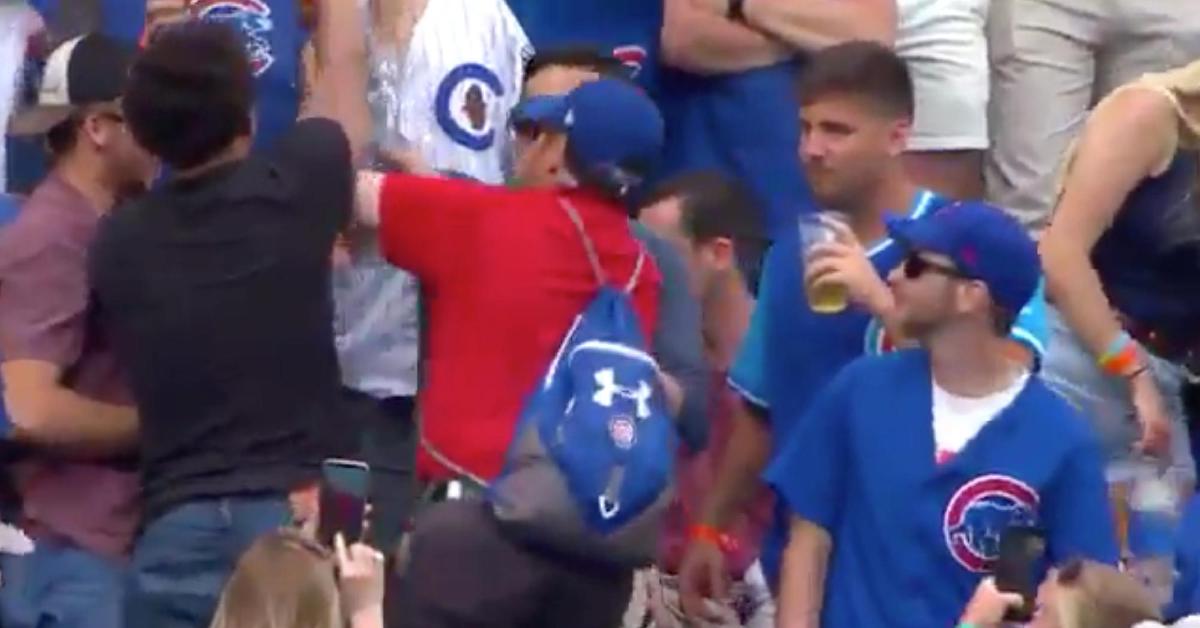 Evidently, this busybody security guard is not in favor of fans having fun at games.

CHICAGO — Apparently, not everyone is a fan of good, clean fun, and a certain officious Wrigley Field security guard exemplified that. During the Saturday afternoon game at the Friendly Confines between the Chicago Cubs and the New York Mets, an unnecessarily angry security guard stepped in to prevent blissful Cubs fans from stacking their empty beer cups.

The Cubs lost 10-2 to the Mets, which assuredly made for plenty of boredom in the bleachers. Therefore, a section of Cubs supporters who paid good money to attend the game passed the time attempting to stack their cups as high as possible. Unfortunately for them, a member of security personnel was not having any of that. Snatching the "cup snake" out of the hands of the young men orchestrating the cup-stacking extravaganza, the stone-faced security guard scurried away without saying so much as a word to the disappointed fans left to ponder how high their snake-shaped masterpiece could have grown.