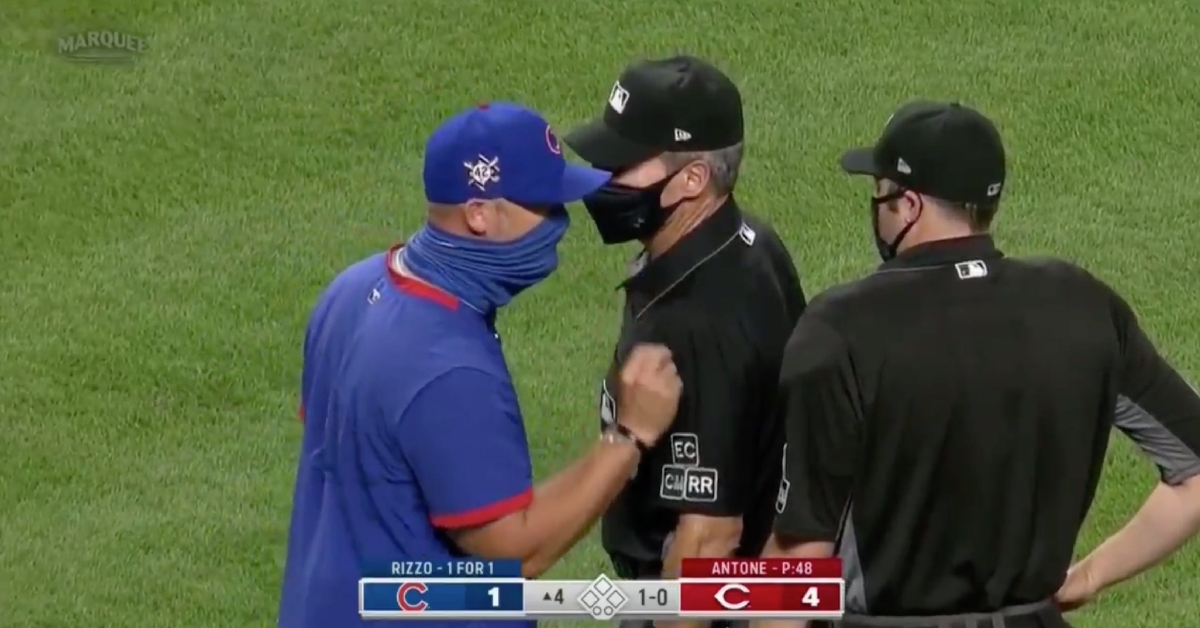 Cubs skipper David Ross was ejected for the first time as a big league manager.

CINCINNATI — David Ross was ejected for the first time as the manager of the Chicago Cubs after giving the home plate umpire a piece of his mind concerning a pitch thrown over Cubs first baseman Anthony Rizzo's head. Umpire Nic Lentz tossed Ross with the Cubs trailing the Cincinnati Reds 4-1 in the top of the fourth at Great American Ball Park.

Reds hurler Tejay Antone walked Rizzo on four pitches to begin the fourth, and the first pitch of the plate appearance was a sinker that appeared to get away from Antone. However, with Rizzo having already homered twice in the opener of Saturday's doubleheader and doubled in his first at-bat of the nightcap, the pitch was suspect.

Evidently, Mike Borzello of the Cubs' coaching staff was ejected for shouting at Lentz after the questionable pitch. Ross subsequently stormed out of the bullpen to argue with Lentz, and he was sent to the showers, too. As a result, Mike Napoli took over as Cubs manager. Antone and the Reds faced no repercussions from Lentz for the high, inside pitch.