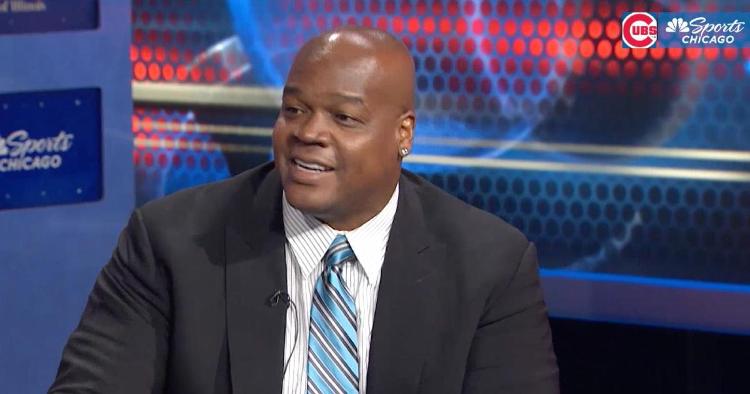 Former White Sox great Frank Thomas is certain that the Cubs are currently suffering from a "disconnect" in their clubhouse.

CHICAGO — When asked about Chicago Cubs third baseman Kris Bryant's inability to pinpoint what the Cubs can do to improve offensively, former Chicago White Sox great Frank Thomas said that the reason for that is simple. Citing a "disconnect" in the Cubs' clubhouse, the Hall of Fame slugger, who works as an analyst for NBC Sports Chicago, opined that the Cubs are not all on the same page.

"It's just letting me know that there's a disconnect in that clubhouse, somewhere," Thomas said. "And you've got to find it because this team is built to win a World Series this year."

It has been common in recent weeks for Bryant and other Cubs players to have no answer for reporters when asked about the Cubs' woes, with the puzzling slump leading to rumors regarding the Cubs' front office making significant changes ahead of the trade deadline. "The Big Hurt" stated that he would understand if president of baseball operations Theo Epstein and general manager Jed Hoyer spearheaded change, as the Cubs should be in "win-now" mode.

"The bottom line is this team is built to win and win now," said Thomas of the Cubs. "It might take a trade. They might need a new voice in the middle of that lineup."

Thomas essentially expressed his concern that the Cubs are missing something in their batting order that could potentially right the ship and stimulate the locker room again. The Cubs might be suffering from the disconnect in the locker room that Thomas referenced, or they simply might have hit an offensive wall that will correct itself over time. Regardless of the reasoning, for now, the Cubs have no answers for their problems at the plate.