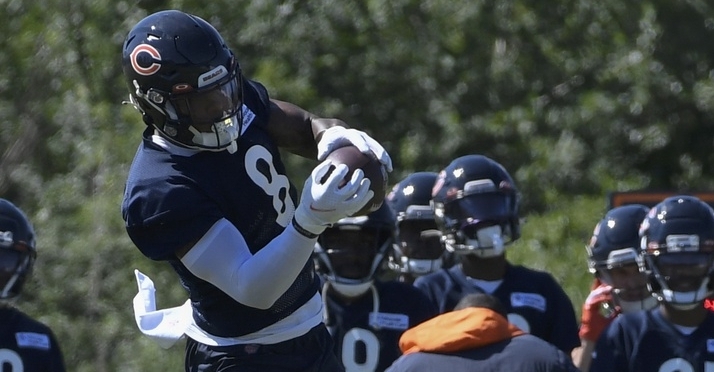 The Chicago Bears were hoping for an emergence of receiver N'Keal Harry who they traded for last month with the New England Patriots.

However, Harry suffered a high ankle sprain in practice on Saturday and will miss around six weeks, according to multiple reports, including NFL.com. He left practice early to see a foot specialist after the injury.

Ankle sprains can be tricky, and if it heals normally, it would mean that he would miss preseason and likely two weeks of the regular season.

This is a tough break for Harry because of the competition at receiver for significant reps this preseason to see who will log major minutes for the Bears this season.

From Inside Training Camp: #Bears WR N'Keal Harry was diagnosed with a high-ankle sprain and he's seeing a specialist to learn how long he's out, sources say. pic.twitter.com/iij00WbH4R