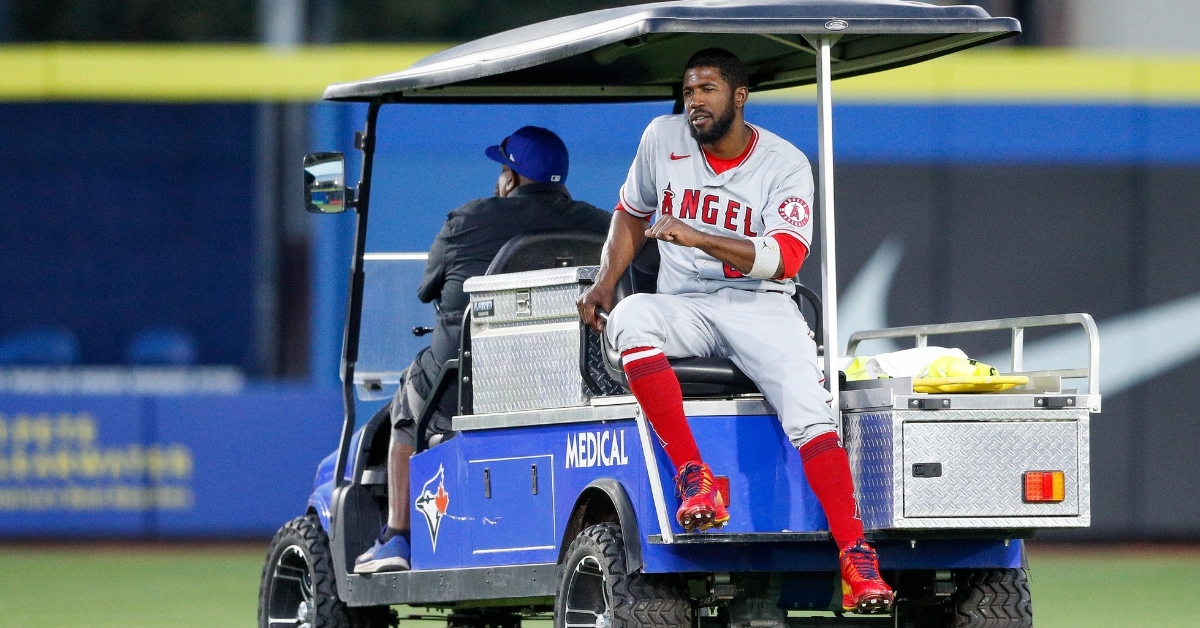 Angels outfielder Dexter Fowler, a former Cub, will miss the rest of the season because of a torn ACL. (Credit: Nathan Ray Seebeck-USA TODAY Sports)

ANAHEIM, Calif. — Former Chicago Cubs and current Los Angeles Angels outfielder Dexter Fowler is out for the rest of the year with a knee injury suffered on Friday. Fowler was traded from the St. Louis Cardinals to the Angels in the offseason, reuniting him with Angels skipper Joe Maddon, who managed Fowler with the Cubs. Unfortunately, Fowler's season has come to a premature end.

Fowler injured his left knee as a baserunner against the Toronto Blue Jays on Friday. He knocked knees with Blue Jays second baseman Marcus Semien on an awkward play at second base. Fowler dropped to the ground in obvious pain and was then carted off the field at TD Ballpark in Dunedin, Florida.

The initial prognosis was a bruised knee, but the Angels later announced that Fowler suffered a sprained knee and placed him on the 10-day injured list. Sadly, Fowler's MRI results revealed a much grimmer injury, as it was revealed on Sunday that Fowler tore his ACL and needs surgery. The 35-year-old, who is set to become a free agent in the fall, will miss the remainder of the season and is facing a recovery timeline of 6-9 months.

The Angels’ starting right fielder, Dexter Fowler, has a torn ACL and will undergo season-ending surgery. They wanted to give Jo Adell more time to develop in the minors, but it’ll be interesting to see how this affects his timeline.