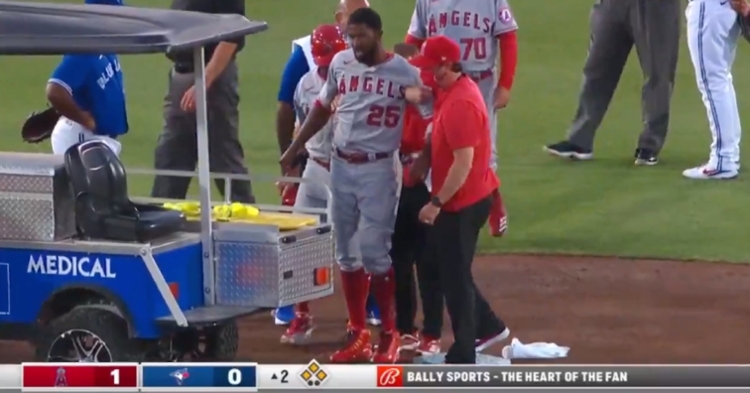 Former Cubs outfielder Dexter Fowler, who currently plays for the Angels, was carted off the field after suffering a knee injury.

DUNEDIN, Fla. — Former Chicago Cubs outfielder Dexter Fowler is taking part in his first season with the Los Angeles Angels. Playing under Joe Maddon, his former manager with the Cubs, the star leadoff man of the 2016 North Siders is looking to help lead the Angels to the playoffs for the first time since 2014.

Unfortunately, Fowler, who is 35 years old, suffered an injury on Friday that resulted in him getting carted off the field. With the Angels taking on the Toronto Blue Jays at TD Ballpark, Fowler hurt his knee on an awkward play at second base, as he seemed to knock knees with Blue Jays shortstop Marcus Semien. Fowler crumpled to the ground in pain and was eventually carted off the field.

Thankfully, the initial diagnosis was not as grim as it originally seemed it would be, with the Angels announcing that Fowler's injury was a left knee contusion. Hopefully, Fowler will be able to return to action soon.

UPDATE: Sadly, the full extent of Fowler's injury turned out to be far worse than the initial prognosis indicated. On Saturday, Fowler was placed on the 10-day injured list with what was described as a knee sprain, but, on Sunday, the Angels announced that an MRI revealed a torn ACL. Fowler will undergo surgery and miss the remainder of the season. He is facing a recovery timeline of 6-9 months.