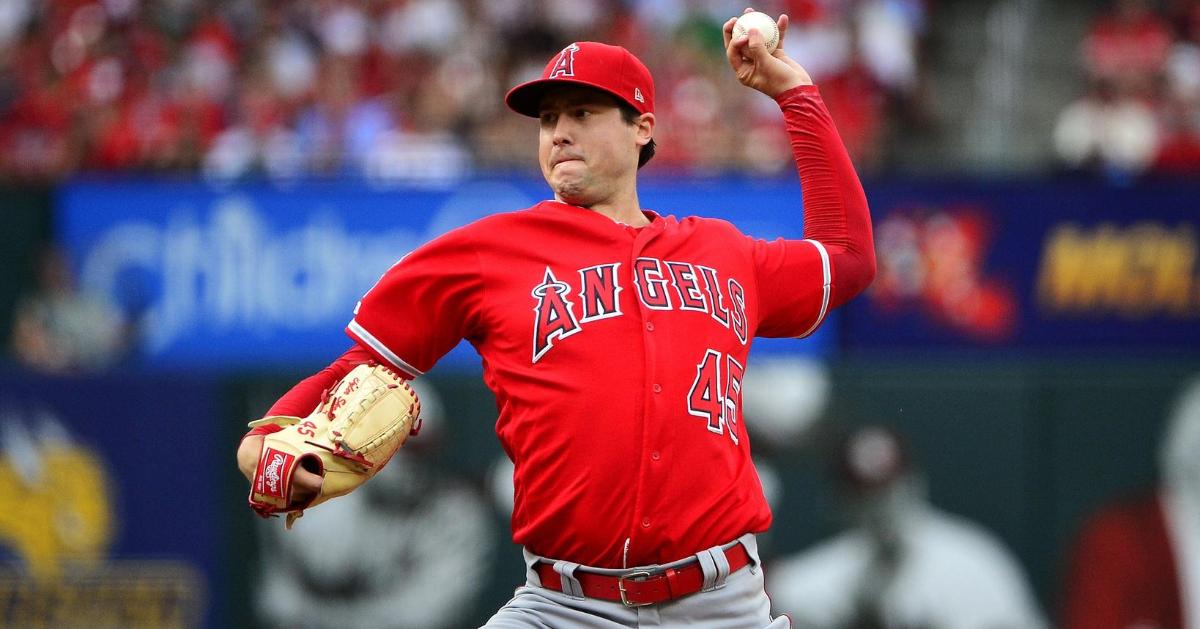 The Los Angeles Angels have announced that 27-year old pitcher Tyler Skaggs has passed away in Texas on Monday.

The Angels released the following statement about the terrible news.

"It is with great sorrow that we report Tyler Skaggs passed away earlier today in Texas," the statement read. "Tyler has, and always will be, an important part of the Angel's family. Our thoughts and prayers with his wife Carli and his entire family during this devastating time."

The game against the Texas Rangers has been canceled.

The Rangers released the following statement after postponing the game.

The Chicago Cubs also released a statement on Skaggs.

"The Cubs join all of baseball in mourning the tragic loss of Tyler Skaggs," the statement read. "We send our deepest condolences to his family and to the Angels organization."

CubsHQ would like to give out our most heartfelt condolences to the family and friends of Tyler Skaggs.

Statement from Southlake PD on #Angels P Tyler Skaggs: "This afternoon at 2:18 p.m. the Southlake PD responded to a call of an unconscious male in a room in the Hilton Hotel. Officers arrived and found the male unresponsive and he was pronounced deceased at the scene."

The death of Tyler Skaggs has taken my breath away. One of the coolest, nicest, most down-to-Earth people you could ever meet; someone who was really starting to come into his own, too. Devastated for his family, especially his wife and his mom.

The entire Oakland A’s organization is deeply saddened by the passing of Tyler Skaggs. We appreciated his determination and demeanor on the field and will miss him as a competitor and friend. Our condolences to Tyler’s family and the Angels organization.

Sad to hear that another one of our brothers has left us. RIP Tyler Skaggs. Gone too soon. pic.twitter.com/Zrb68VPdqf

Deeply saddened to hear the tragic news of the passing of Angels pitcher Tyler Skaggs. We send our condolences to his family and friends.

We are deeply saddened by the tragic news that Tyler Skaggs, 27, passed away this morning. https://t.co/q150hyH01J pic.twitter.com/y1X5ctlWDl