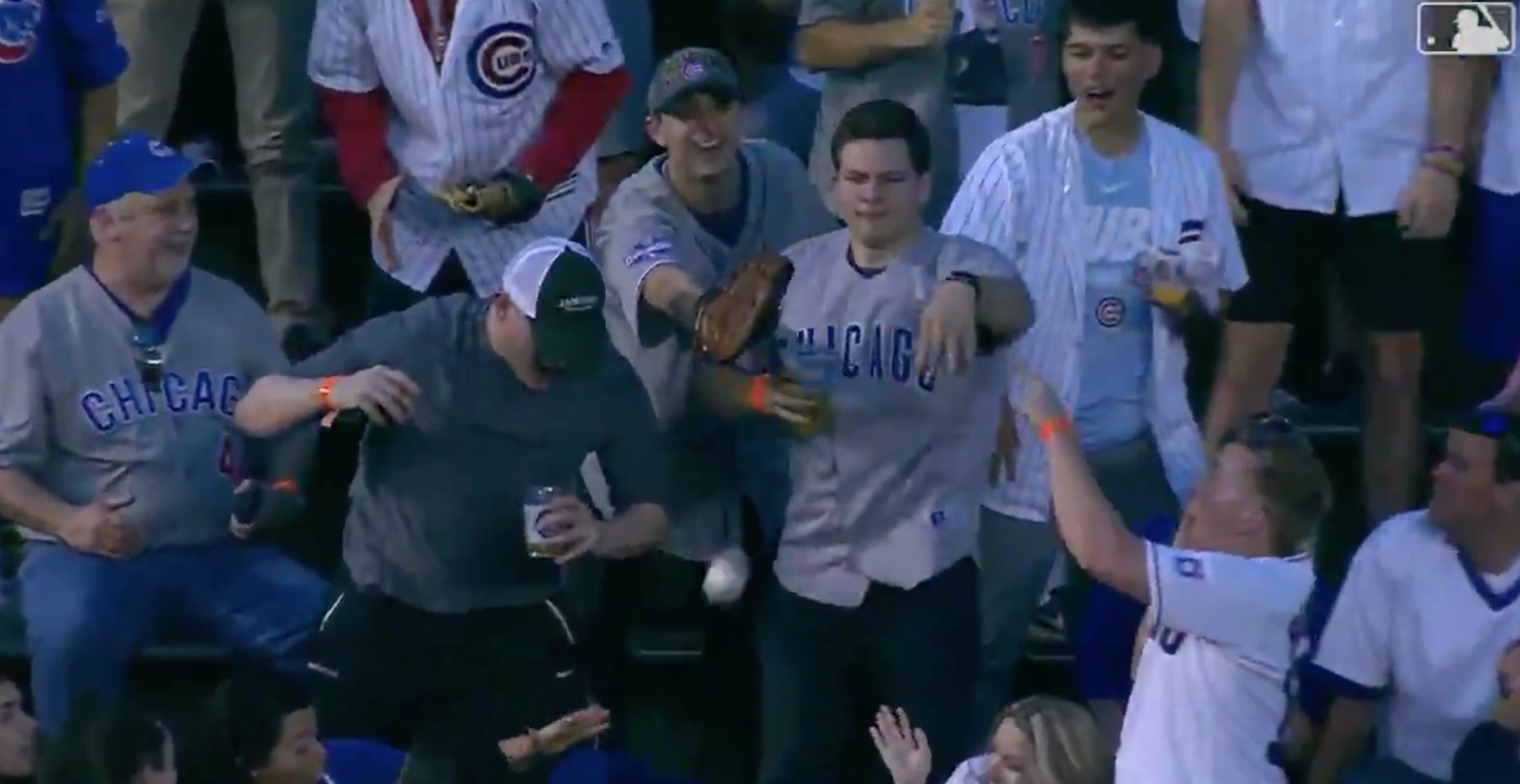 This passionate Cubs fan had no desire to keep a baseball thrown into the stands by an opposing player.

For decades, it has been customary for Chicago Cubs fans at Wrigley Field to toss home-run balls hit by opposing players back onto the field. However, one feisty Cubs fan at Tuesday night's clash between the Cubs and the Colorado Rockies took that to the next level by hurling a ball that was merely thrown into the stands by a Rockies player back into the field of play.

Not living up to the "Friendly Confines" moniker that is often associated with Wrigley Field, a young man donning a Cubs jersey and holding a cup of beer snagged a baseball lobbed into the bleachers by Rockies left fielder Raimel Tapia and quickly discarded it. After Tapia caught an inning-ending flyout in the bottom of the fourth, he did what outfielders usually do after making third-out catches and threw the baseball into the seats. However, the fiery Cubs supporter who caught it was having none of that and hastily flung it onto the outfield grass.

Although the alcoholic beverage might have played a part in the fan's unruly display, the scowl that he wore on his face while leering at Tapia indicated that he thought that the Colorado outfielder should have known better. The brazen act of defiance may have gained the young man a new enemy in Tapia, but it likely cemented his place in Cubs lore as a legendary member of perhaps the most diehard fanbase in sports.