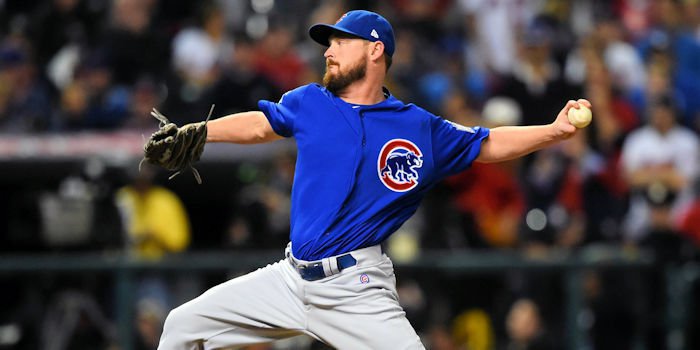 The Detriot Tigers announced on Monday that they have signed lefty veteran pitcher Travis Woods to a minor league deal and invited him to Spring Training according to multiple reports.

This is a good move by the Tigers as he will be reunited with his former Cubs pitching coach Chris Bosio that got the best out the pitcher during his time with the North Siders.

The San Diego Padres decided to designate Travis Wood for assignment in December. The Royals traded Wood midway through the 2017 season to the Padres so the Royals are still paying on his two-year contract.

It appears that Theo Epstein and company thought that a reunion for Woody was not in the best interest for the 2018 season. Cubs fans will remember his help in winning the 2016 World Series where he would spot start, pitch in the bullpen, pinch-run, pinch-hit, and play a decent left field.