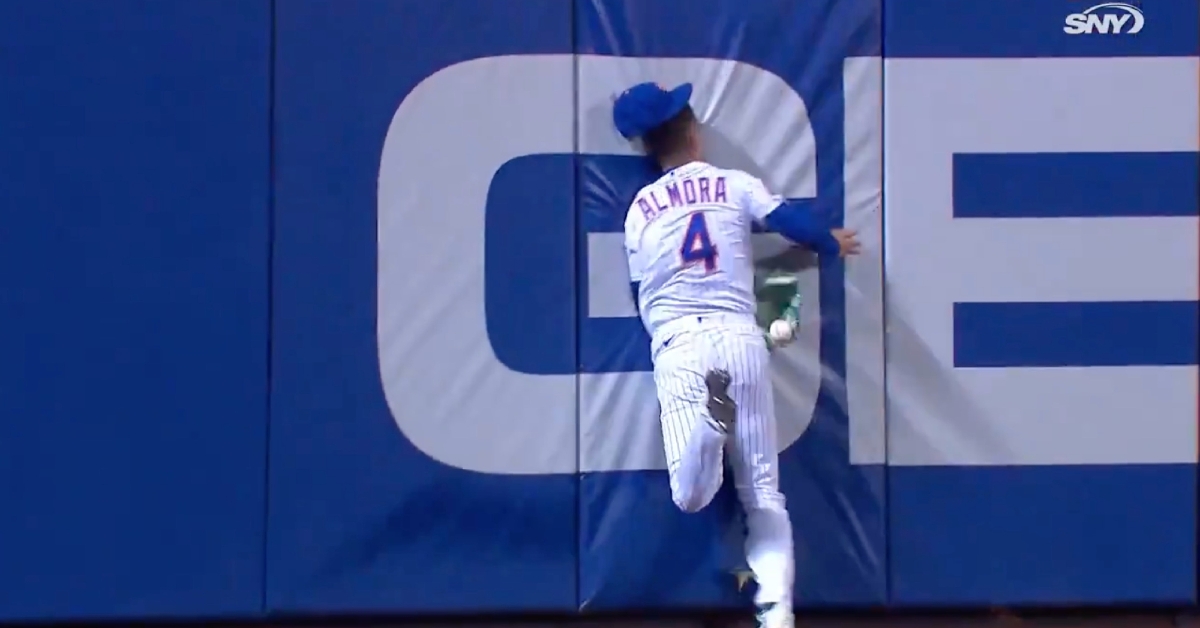 Albert Almora Jr. was forced to exit the game after colliding with the outfield wall.

NEW YORK — While playing for the Chicago Cubs, center fielder Albert Almora Jr. was known as a fearless defensive player who would throw caution to the wind when attempting to make difficult catches. Now a member of the New York Mets, Almora lived up to that reputation by crashing face-first into the outfield wall at Citi Field on Tuesday.

Almora went all out in an effort to catch a drive hit to deep center field and was shaken up after colliding with the padded wall. Adding insult to injury, he was unable to make the catch, resulting in a leadoff triple for right fielder Austin Hays. After being evaluated by trainers, Almora was removed from the game with the Mets trailing the Baltimore Orioles 1-0 in the top of the eighth.

Sending our best wishes to Albert Almora Jr., who had to leave tonight's game after a collision with the centerfield wall.

Almora was able to get up and walk off the field under his own power. pic.twitter.com/OAtohVGs3D