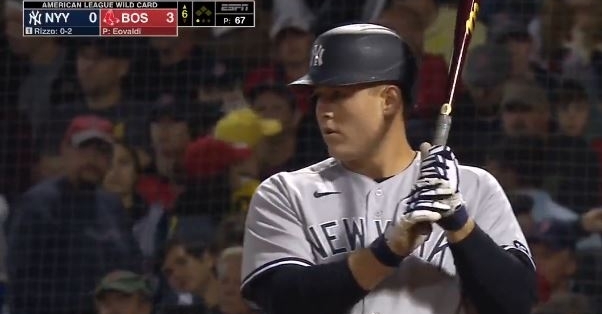 This is brutal for Cubs fans.

The Cubs' core is gone, and the season is over, but former Cubs stars are still playing.

The last time they both homered in a postseason game was Game 4 of the 2015 NLDS.

Rizzo is the third Yankee first baseman to homer in his Yankee Debut joining DJ LeMahieu and Jason Giambi.

Anthony Rizzo gets the Yanks on the board ??pic.twitter.com/OQwMwaLVvc

It still blows my mind that the Cubs literally let Kyle Schwarber walk. Non-tendered. Didn’t offer him a contract.

They decided they were better without Schwarber & got nothing for a 30+ HR hitter in today’s game. pic.twitter.com/UTuYl5AdOh