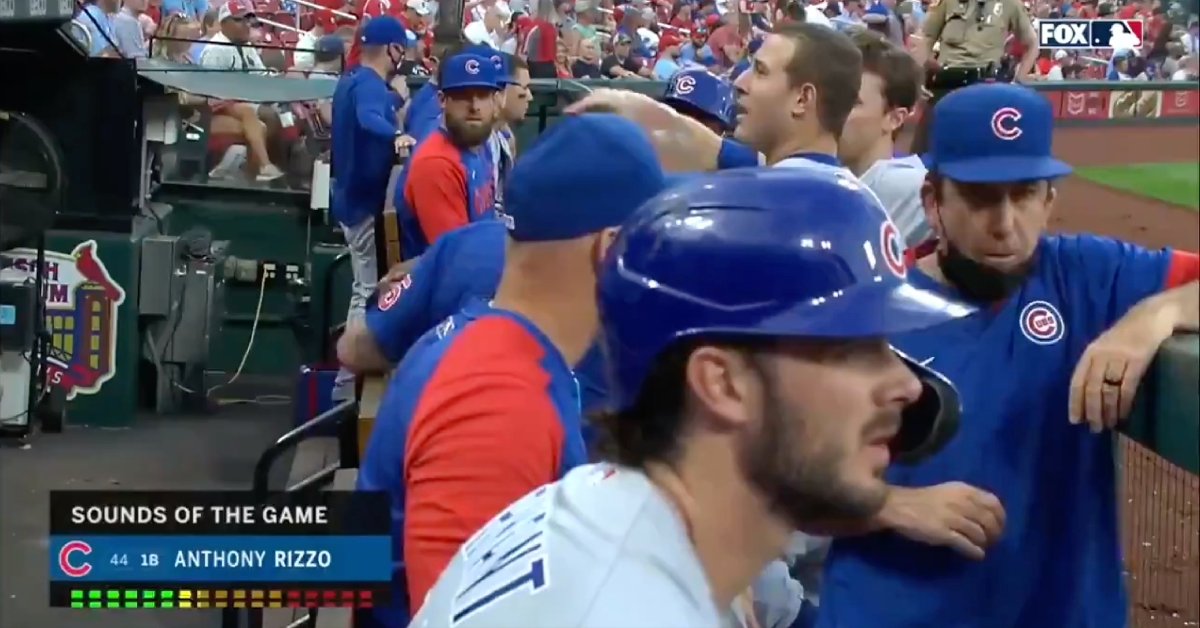 While Anthony Rizzo was likely joking about wanting nachos, eating a greasy snack in the midst of a game is something the jokester would do.

ST. LOUIS – Anytime Chicago Cubs first baseman Anthony Rizzo is mic'd up, a viral moment is all but certain to follow, and Rizzo proved as much while wearing a microphone for FOX's broadcast of the Cubs' 2-1 loss to the St. Louis Cardinals on Saturday. A funny exchange between Rizzo and a young fan in the stands was shown on air, and it involved some savvy bartering on Rizzo's part.

While in the visiting dugout at Busch Stadium, Rizzo struck up a conversation with the kid and promised he would trade him a baseball in return for nachos. "Big Rizz" was fatherly in his advice, telling the youngster that he was teaching him how to conduct business. The light-hearted dialogue ended with Rizzo walking in the direction of the little boy, presumably to give him the ball. As for the nachos, there is no word if Rizzo ever received his in-game snack of choice.

"Nachos first... then you get the ball."

Anthony Rizzo out here trying to make a trade with a fan?? pic.twitter.com/gXUzhFZv7T