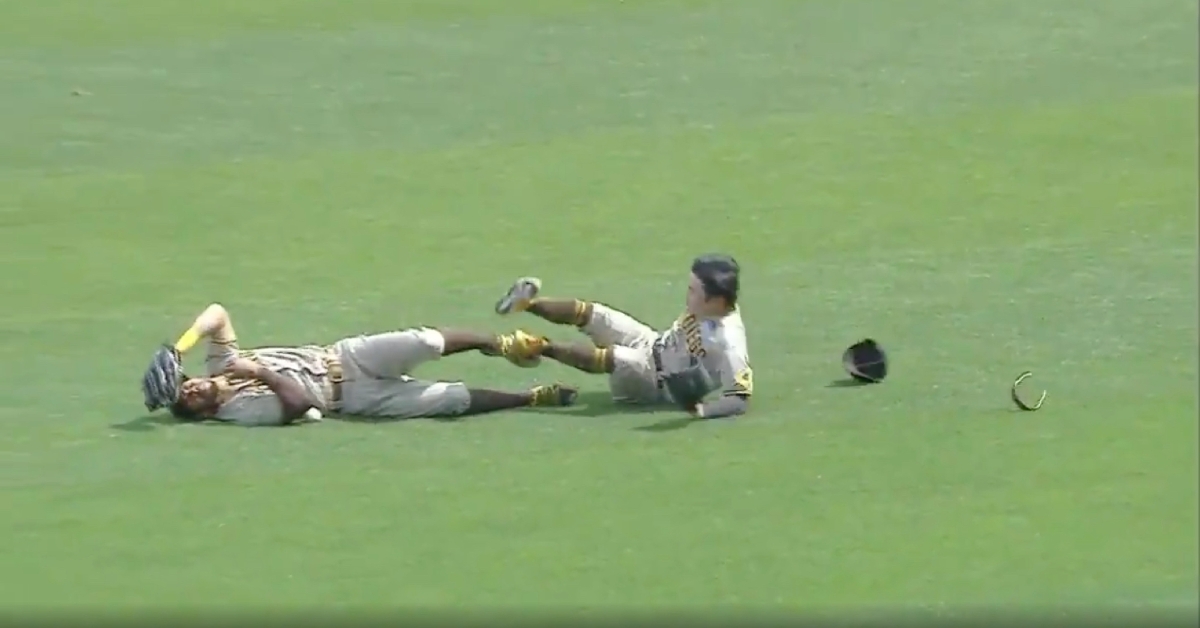 Padres players Ha-Seong Kim and Tommy Pham collided with one another while trying to catch a popup.

CHICAGO — A wild series of events culminated in the fifth inning ending in deflating fashion for the Chicago Cubs on Wednesday, as a brutal collision between a pair of San Diego Padres players led to a strange double play. Shortstop Ha-Seong Kim and left fielder Tommy Pham ran into each other while pursuing a popup hit P.J. Higgins to shallow left field.

Kim was able to recover in time to make a throw to the infield, where the Padres turned two because the Cubs' baserunners assumed that the ball had been caught. After briefly having the baseball in his glove, Kim dropped the ball after colliding with Pham.

Patrick Wisdom came home from third, but Rafael Ortegaa being outed at third on a force and Eric Sogard being outed at second on a force resulted in an inning-ending double play that nullified Wisdom's run. Kim and Pham were then evaluated by trainers while lying on the ground in pain before both walked off under their own power.

Pham was not pleased after someone in the Padres' dugout said something to him once he walked off the field, as Pham became heated and had to be held back by a teammate. Anthony Rizzo scored earlier in the inning, making it a 1-1 ballgame at Wrigley Field. A fielding error suffered by first baseman Eric Hosmer enabled Rizzo to score, but the Padres later dodged a bullet with a bailout on defense following the collision.