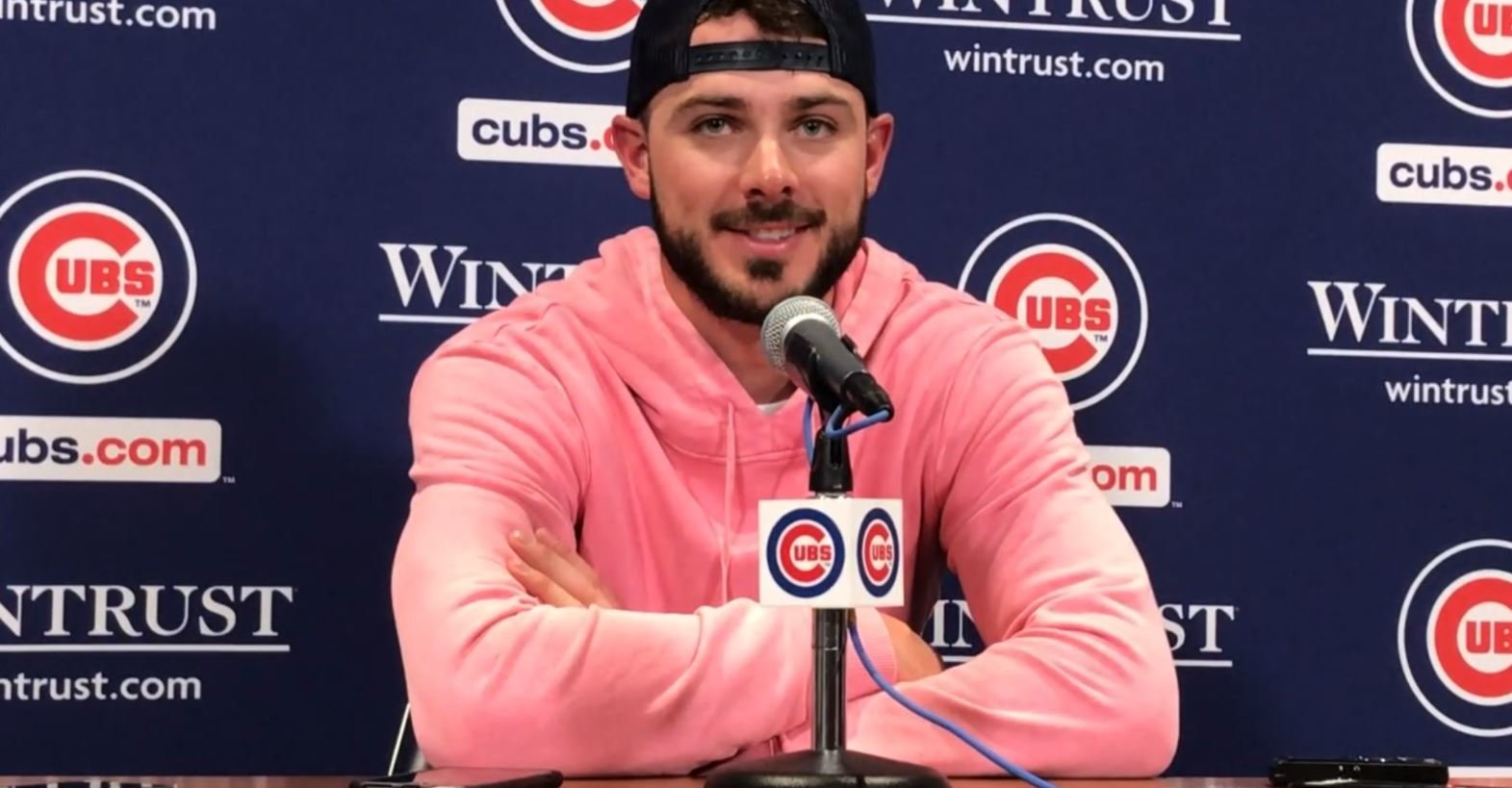 Kris Bryant led the way for the Cubs in their 4-1 victory over the Milwaukee Brewers on Sunday by going 3-for-4 at the plate, including a 2-run home run in the bottom of the seventh. In addition to tallying three runs and two RBI, Bryant played well in the field as part of a rare start at first base.

With first baseman Anthony Rizzo out due to back soreness, Bryant, who is typically a third baseman, moved across the diamond and did a solid job, even turning a 3-6-3 double play in the first inning. In his postgame press conference, Bryant discussed his stint at first base and cited his tenure playing as a first baseman during fall practice in his freshman year of college ball when addressing why it was not that significant of a change for him.

"I knew 'Rizz' wasn't feeling great yesterday," Bryant said, "so I kind of had an idea of what would happen. I enjoy it. I don't mind moving around at all."

With Sunday's win factored in, the Cubs went 8-2 in the 10-game homestand that saw them win all three series to extend their series winning streak to eight for the first time since 2008. Bryant was asked about the impressive showing at Wrigley Field during a 10-game stretch that included several instances of bad weather and late-game drama, and he expressed his pleasure with how his team played.

"Great homestand," Bryant told reporters. "Weather. Cold. Not the greatest conditions to play in. Long games. I'm super proud of the way that we handled everything that we were dealt."

One of the fixtures of the homestand was clutch pitching, both in the starting rotation and out of the bullpen, in tight spots. Another fixture was reliable hitting in the face of adversity, with the Cubs tabbing three walk-off wins in less than a week. Bryant spoke to the importance of the players on the Cubs' roster being able to count on one another, crediting that as being one of the key factors behind the North Siders' recent winning ways.

"We trust everybody on this team," Bryant said, "so it's really fun to be a part of."