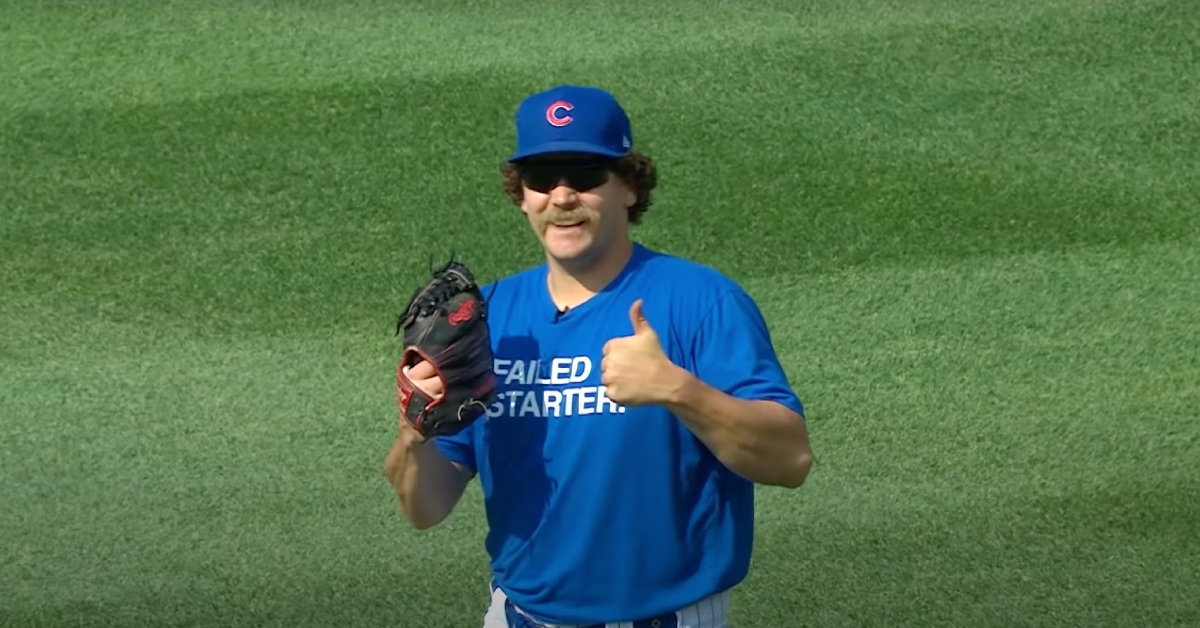 He may be a "failed starter," but Cubs reliever Andrew Chafin has succeeded in becoming a fan favorite at the Friendly Confines.

CHICAGO — A highlight of the Chicago Cubs' 2021 season has been left-handed relief pitcher Andrew Chafin developing into a fan favorite on the North Side. From his retro hairstyle and mustache to his beer gut, Chafin certainly has the look of a colorful character, and he has the personality to match. The 31-year-old is still a kid at heart, and his playful, carefree nature has made for several viral moments since he joined the Cubs last summer.

Chafin has excelled on the mound this season and been one of the most effective relievers in the majors since late April. However, his passion for shagging fly balls has arguably overshadowed his superb pitching, so the Cubs' social media team made the wise decision to produce a hilarious video featuring a mic'd-up Chafin catching popups and goofing off with teammates during batting practice at Wrigley Field.