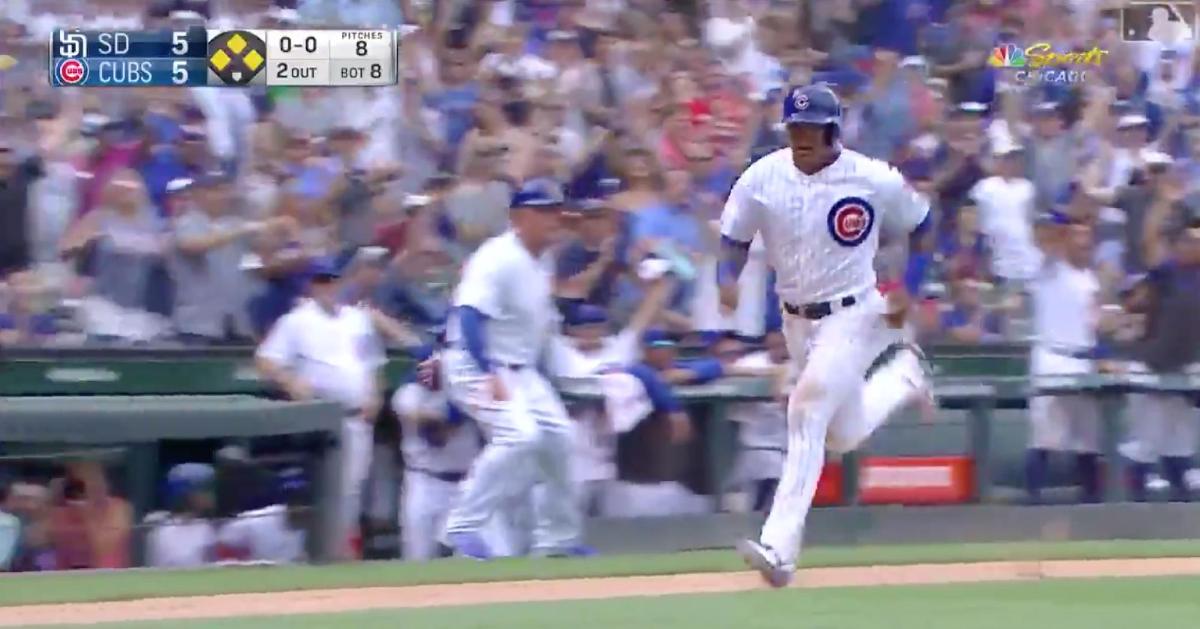 Addison Russell scurried across the plate after Eric Hosmer committed a costly error at first base in the bottom of the eighth.

CHICAGO — The Cubs scored three separate go-ahead runs on Friday, the last of which culminated in a 6-5 Cubs victory over the San Diego Padres at Wrigley Field. The Padres committed two errors in the bottom of the eighth, and the second one came on a botched catch at first base that drove home what turned out to be the winning run.

Following a 1-out single by Cubs first baseman Anthony Rizzo, Padres shortstop Fernando Tatis Jr. made a throwing error after fielding a grounder hit by Cubs second baseman Addison Russell. The error resulted in the Cubs boasting men on second and third. An intentional walk followed, and that ushered Cubs third baseman David Bote to the plate.

Bote was unable to come up with a big hit, as he swatted a dribbler to third base. Rizzo was thrown out at the plate with ease, but Padres catcher Francisco Mejia decided to gun a throw to first base, even though he had no shot at outing Bote. The unnecessary throw proved costly for San Diego, as Padres first baseman Eric Hosmer dropped the throw, which resulted in the ball rolling behind him.

Russell took advantage of the blunder and hustled home to put the Cubs up 6-5, which turned out to be just enough for the Cubs to come away with win. Like the Padres, the Cubs also suffered two errors on the afternoon, but the two committed within mere minutes of each other by the Padres made the ultimate difference in the outcome of the game.