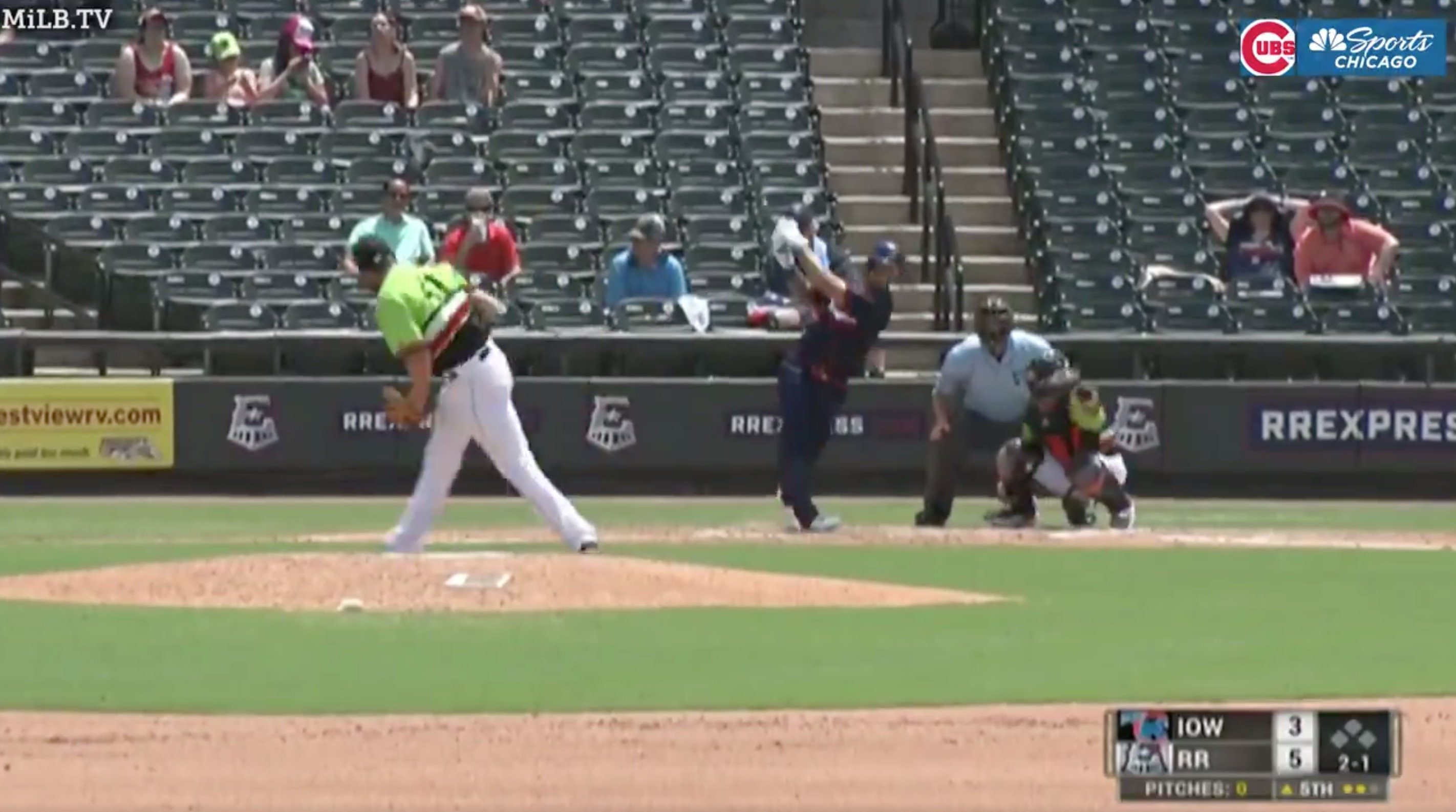 Carlos Gonzalez made a splash with his first hit in the Chicago Cubs' farm system. (Credit: Joe Nicholson-USA TODAY Sports)

Veteran outfielder Carlos Gonzalez was signed to a minor-league contract by the Chicago Cubs this past Thursday, and, if he performs well in the minors, Gonzalez could very well find himself suiting up for the North Siders at some point this season. A former three-time All-Star with the Colorado Rockies, Gonzalez was released by the Cleveland Indians in late May and caught on with the Cubs soon afterward.

Taking part in his first weekend action with the Triple-A Iowa Cubs, Gonzalez made a mark early on, as the slugger went yard on Sunday for his first hit as a member of the Cubs organization. A towering dinger that traveled over 400 feet out of the park and onto the roof of an equipment shed behind the venue that Iowa was playing at on the afternoon, the 2-out solo blast served as quite the emphatic introduction to Triple-A baseball by Gonzalez, whose stay in the minors might not be very long.