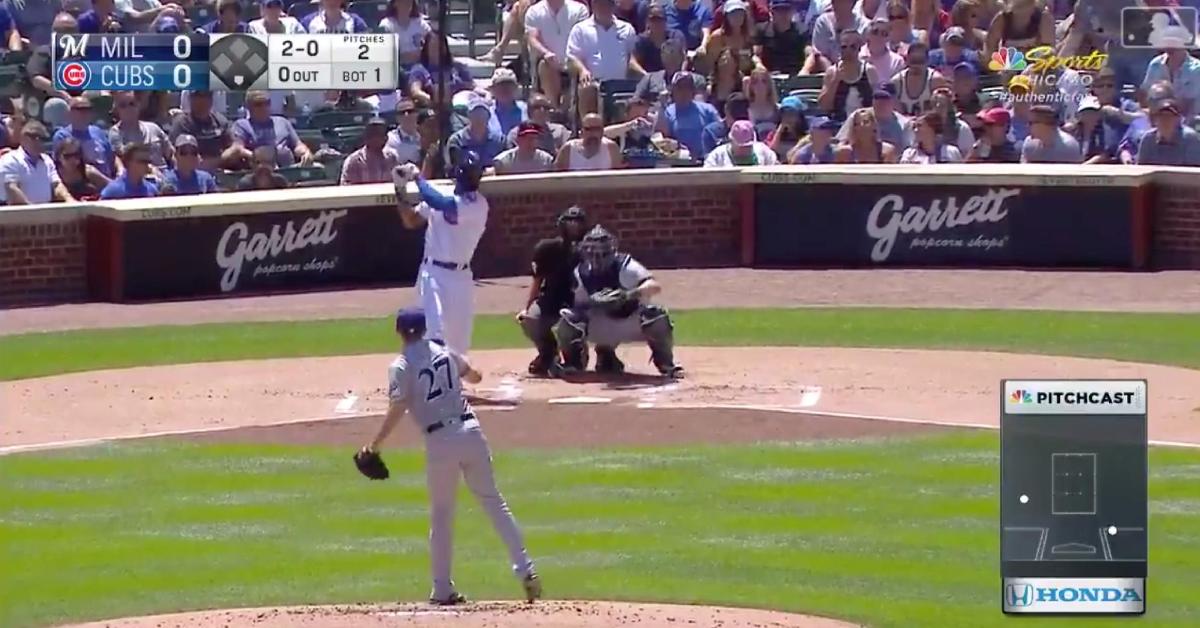 Jason Heyward smacked the eighth leadoff dinger of his career to give the Cubs an early lead over the Brewers.

CHICAGO — For the eighth time in his career, Chicago Cubs outfielder Jason Heyward hit a leadoff home run on Friday. Putting the Cubs up 1-0 in the bottom of the first at Wrigley Field, Heyward took Milwaukee Brewers starter Zach Davies deep on a cutter.

The 382-foot shot to center landed in the basket, with Brewers center fielder Lorenzo Cain unable to pull off a leaping catch of it. Heyward's 16th long ball of the season, the solo blast left the bat at 100 miles per hour and sported a launch angle of 27 degrees.