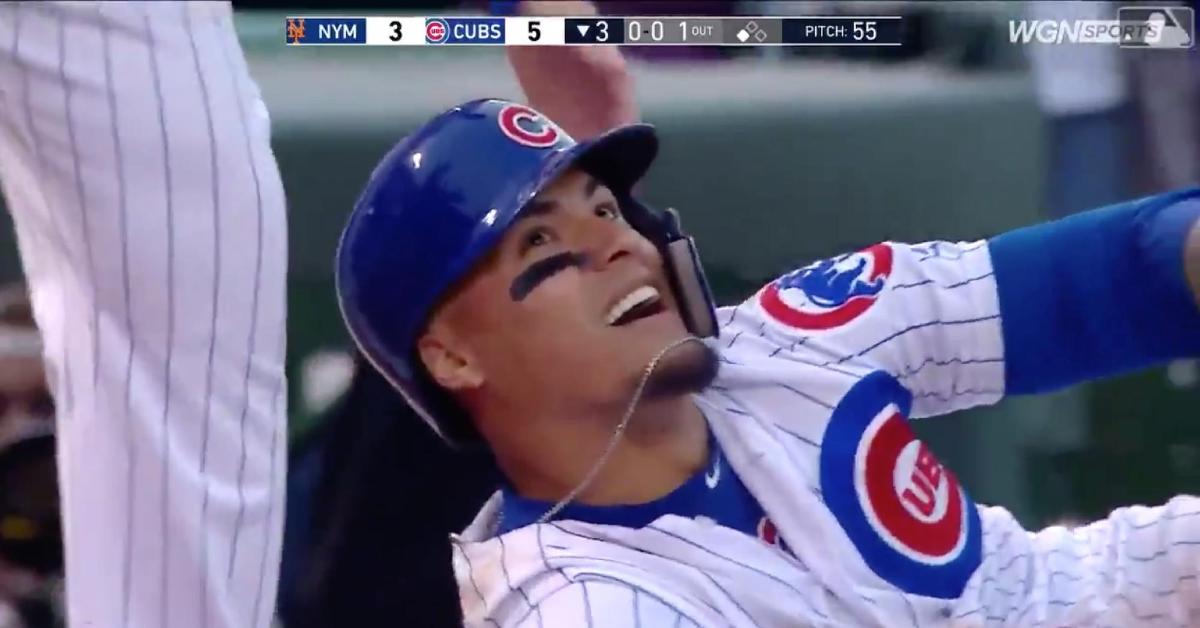 Javier Baez used a characteristic unconventional slide to tab his third triple of the year.

CHICAGO — Using one of his trademark unorthodox slides to pull it off, Chicago Cubs shortstop Javier Baez recorded a triple against the New York Mets on Thursday. Highlighting a 6-run third inning that was put together by the Cubs at Wrigley Field, Baez's RBI 3-bagger marked the third triple of the season for "El Mago" and put the Cubs up 5-3 over the Mets.

Baez skied a towering shot that sailed over Mets center fielder Carlos Gomez's head and descended at the warning track. Gomez fielded the baseball after it bounced off the wall and gunned a throw to shortstop Amed Rosario. The relay throw to third baseman Todd Frazier brought forth a close play at third, but Baez was able to contort his body on his headfirst slide in a way that allowed him to avoid the tag. Cubs first baseman Anthony Rizzo was plated on the triple.