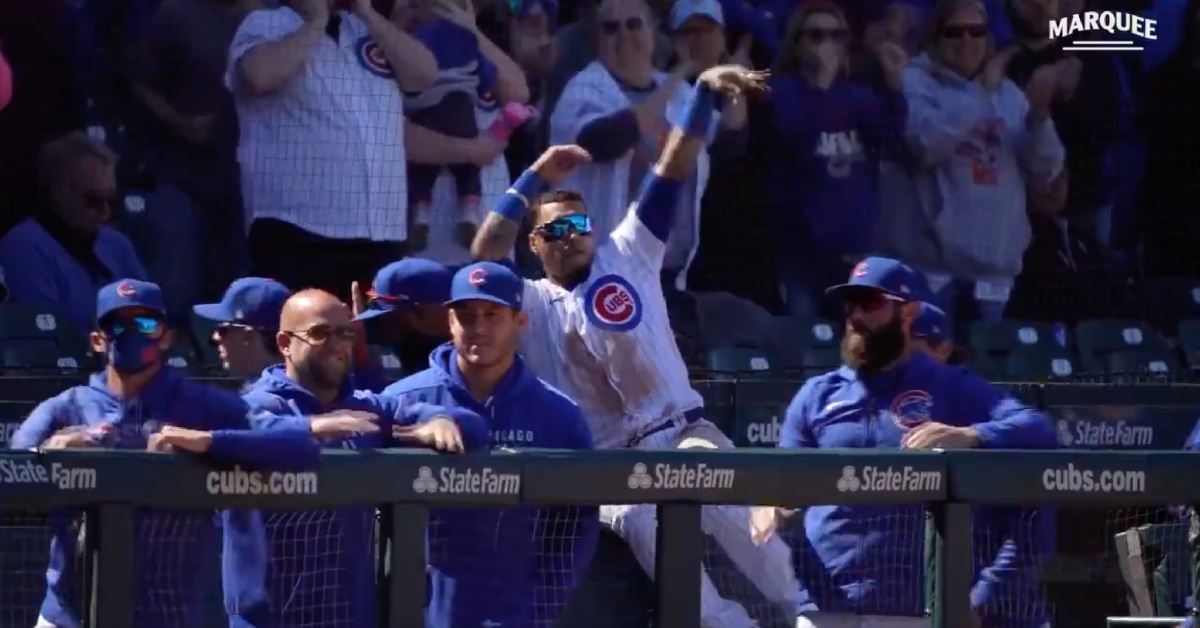 Javier Baez let Amir Garrett know that he "air-balled" his shaky outing on the mound.

CHICAGO – Chicago Cubs shortstop Javier Baez and Cincinnati Reds reliever Amir Garrett do not like each other. That much is obvious. The bad blood between the two resulted in Baez taking advantage of an opportunity to troll Garrett when the left-handed pitcher struggled in his outing on Saturday.

The Cubs took a 6-2 lead over the Reds by plating four runs in the bottom of the sixth, and Garrett was responsible for two of those runs. The lefty struggled with his command throughout his appearance, even after catching a break when an obvious hit by pitch drawn by right fielder Rafael Ortega was ruled a strike.

Ortega bunted foul with two outs, but Garrett fell apart after drawing that out. A former college basketball player at St. John's, Garrett was trolled by Baez when he was removed from the game, as Baez shot a couple of imaginary jumpers while sitting in the dugout.

Javy gets buckets too pic.twitter.com/Y0JbvgTNUs

Baez also joined in the insincere applause the Wrigley Field faithful were raining down on Garrett in honor of his rough showing. "El Mago" and Garrett have feuded multiple times in recent seasons, and the feud shows no signs of ending anytime soon, unless, of course, Garrett takes Baez up on his not-so-subtle suggestion and goes back to playing basketball.