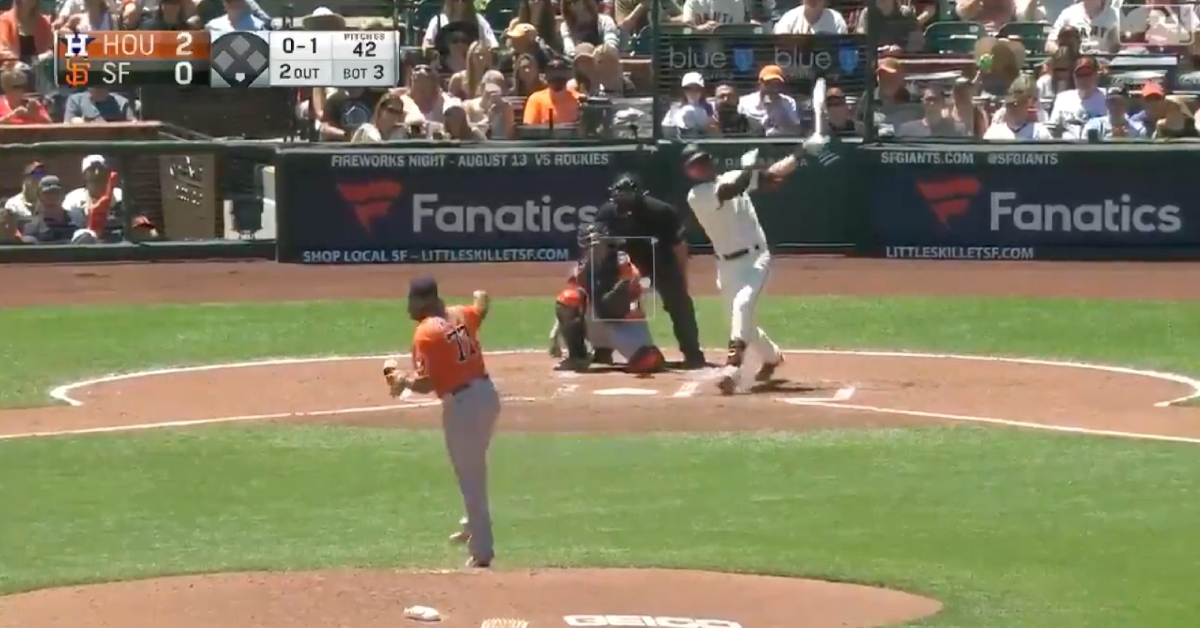 Kris Bryant started at third base in his Giants debut and swatted a home run in his second plate appearance of the game.

SAN FRANCISCO — Not to be outdone by former Chicago Cubs teammates Javier Baez and Anthony Rizzo, who both went yard in their first games with their new clubs after being dealt at the trade deadline, new San Francisco Giants third baseman Kris Bryant launched a home run in his Giants debut on Sunday. Bryant put the Giants on the board by homering out to left field at Oracle Park in the bottom of the third.

The 366-foot solo shot was lined into the stands at 102.2 mph and 25 degrees, making the score 2-1 in favor of the Houston Astros. Bryant went deep on a 94.2-mph four-seamer thrown by starter Luis Garcia. The Giants took a 3-2 lead later in the inning. The two-out round-tripper, which also marked Bryant's first hit in a Giants uniform, provided Bryant with his 19th homer and 52nd RBI of the season.

Kris Bryant, Anthony Rizzo, and Javier Báez all homered in their team debuts after recent trades from the Cubs.

Rizzo on July 30 with the Yankees.

Báez on July 31 with the Mets.

Bryant on August 1 with the Giants. pic.twitter.com/NOZjhAVpkb