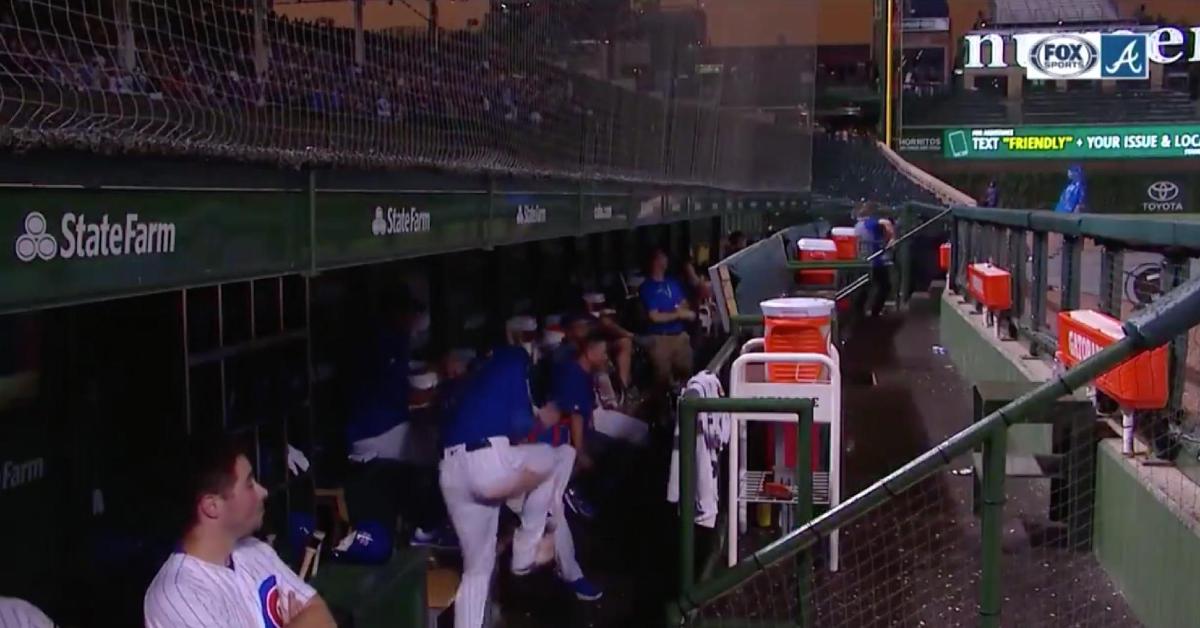 While waiting out a thunderstorm at Wrigley Field, Kris Bryant was startled by the bad weather.

CHICAGO — Even in the safe surroundings of the dugout, Chicago Cubs Kris Bryant was spooked by a loud thunderclap that accompanied a large lightning bolt near Wrigley Field. During a rain delay on Wednesday night, Bryant flinched when he was startled by the lightning strike and proceeded to streak across the dugout in an attempt at shaking off the frightening instance.

The squall that blew over the Friendly Confines resulted in a rain delay that lasted approximately 45 minutes with the Cubs trailing the Atlanta Braves 5-0 in the top of the fourth. Opting to wait it out in the dugout, Bryant likely reconsidered his decision to not chill out in the locker room until the thunderstorm subsided when he nearly jumped out his skin as a result of the severe weather. Clearly, the thunder and lightning did not scare Bryant too badly, as he hit a 429-foot home run not long after the weather delay ended.