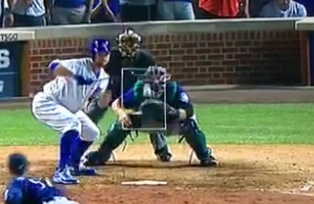 The Cubs fought back from a 6-0 deficit to win the game 7-6 in dramatic fashion on ESPN Sunday Night Baseball. The Cubs' last win after trailing by 3+ runs in ninth inning was Sept 18th, 2008 (snapped 371 consecutive loss streak) according to ESPN Stats and Info.

Cubs veteran pitcher Jon Lester had a walk-off bunt to score Jason Heyward on a safety squeeze play in the bottom of the 12th inning for the win over the Mariners.

He’s always one step ahead. pic.twitter.com/arhrloUZtf