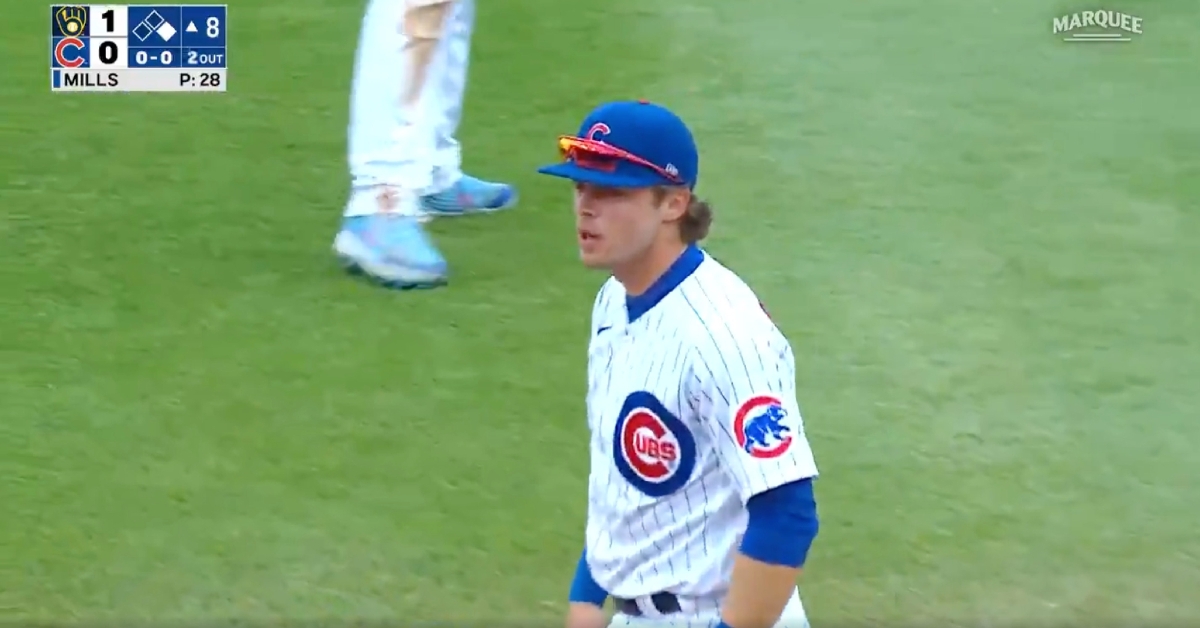 Nico Hoerner made the most of a baserunning gaffe committed by Avisail Garcia, using it to help the Cubs turn two.

CHICAGO — Chicago Cubs second baseman Nico Hoerner assuredly made Cubs shortstop Javier Baez very proud on Sunday by making a savvy, heady defensive decision that resulted in a double play. Channeling "El Mago," Hoerner took advantage of a batter loafing out of the batter's box and used that to his advantage.

With the Milwaukee Brewers clinging to a 1-0 lead in the top of the eighth at Wrigley Field, right fielder Avisail Garcia popped up to the edge of the outfield grass between first and second. Catcher Omar Narvaez was on first base with no outs at the time and obviously unable to stray too far from the bag, so Hoerner chose to let the popup fall to the ground when he noticed a moping Garcia lackadaisically trotting down the baseline.

By the time Garcia realized his mistake, it was too late, as Hoerner picked up the ball and fired to first baseman Anthony Rizzo for the first out. Narvaez was then caught in a rundown and eventually tagged out by Hoerner to complete the 4-3-6-4 double play. Baez was visibly fired up by Hoerner's heads-up play, and the Brewers ultimately went scoreless in the eighth.