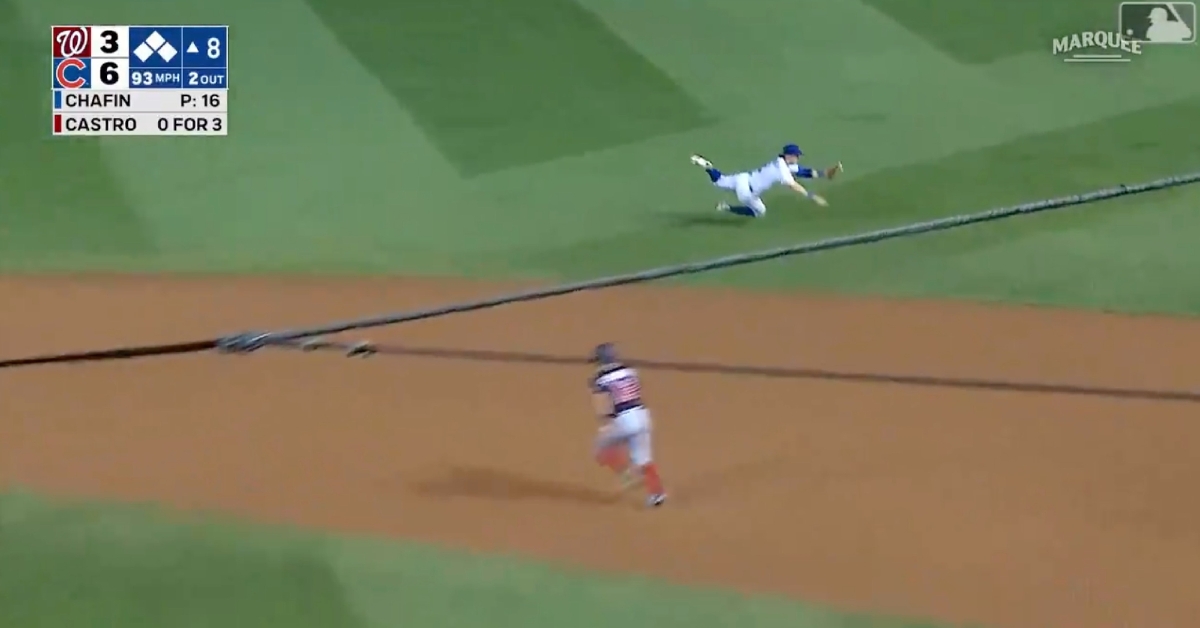 Nico Hoerner flashed the leather by pulling off a spectacular diving stop on the outfield grass.

CHICAGO — Helping the Chicago Cubs maintain their three-run lead on Monday night, second baseman Nico Hoerner generated a raucous reaction from the Wrigley Field faithful with a remarkable diving stop that prevented the Washington Nationals from plating a run or two in the bottom of the eighth. The web gem occurred with two outs and the bases loaded, keeping the score at 6-3.

Hoerner robbed former Cub Starlin Castro of a clutch hit by laying out in shallow right field and gloving the chopper hit by the Nationals third baseman. After fielding the ball, Hoerner popped up and fired a throw over to first baseman Anthony Rizzo for the inning-ending putout. Reliever Andrew Chafin was fired up over the play, clearly elated after being bailed out by Hoerner's defensive feat.