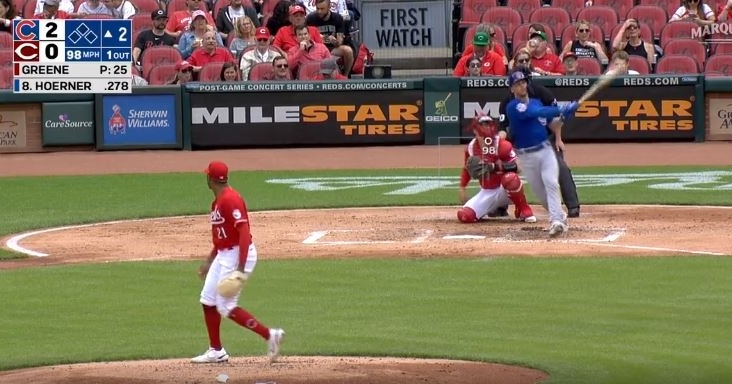 On Thursday afternoon, Chicago Cubs shortstop Nico Hoerner smacked a solo homer in the second inning to put the Cubs up 3-0 against the Reds.

It was his third homer of the season, and it traveled an estimated 368 feet with a 92.1 MPH exit velocity.

Hoerner being back should be a huge boost for the ballclub with his standout defensive ability and his much-improved ability at the plate.