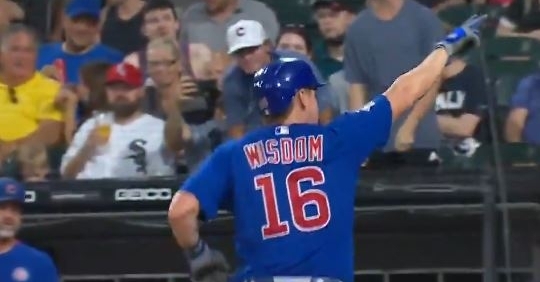 Wisdom has been a nice surprise this season

Cubs third baseman Patrick Wisdom is apparently seeing the baseball like a giant beachball this weekend.

In the fifth inning of Saturday night's game against the Chicago White Sox, Wisdom unloaded for a two-run homer for his second two-run shot of the contest.

His second homer put the Cubs up impressively 7-0.

Wisdom is the first Cubs rookie to have consecutive multi-homer games in franchise history according to Elias Sports.

He is also the only rookie in the last ten years with two straight multi-homer games alongside Aaron Judge and Cody Bellinger.