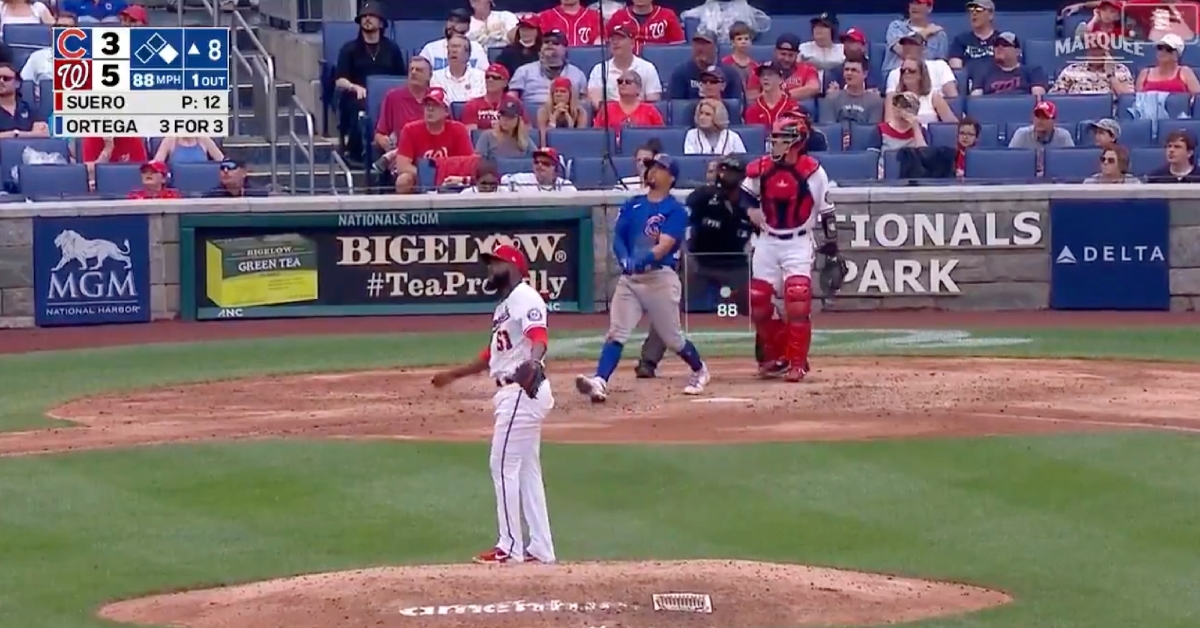 On Sunday, Rafael Ortega went 4-for-4 and recorded his first career multi-homer performance.

WASHINGTON — Making the most of his new role as the Chicago Cubs' leadoff hitter, center fielder Rafael Ortega hit three home runs on Sunday, giving him four homers in two days. In the midst a dismal period of losing and trading away star players, Ortega has been one of the few bright spots for the Cubs as of late, and he experienced a career outing on Sunday. He now has six dingers and 15 RBIs on the season.

Entering Sunday's contest, Ortega had not only never produced a big league performance with three extra-base hits, let alone three home runs, but had also never even homered in the majors. The Cubs fell to the Washington Nationals 6-5 at Nationals Park on a walkoff home run in the bottom of the ninth, but Ortega stole the show by driving in all five of the Cubs' runs via his three bombs. Ortega, who was responsible for all but one of the North Siders' five hits on the afternoon, opened the game with a 391-footer, his first career long ball, and later hit a 357-foot two-run blast in the sixth and a game-tying 392-foot two-run jack in the eighth to tie the franchise record for the most round-trippers hit by a player in the same game.