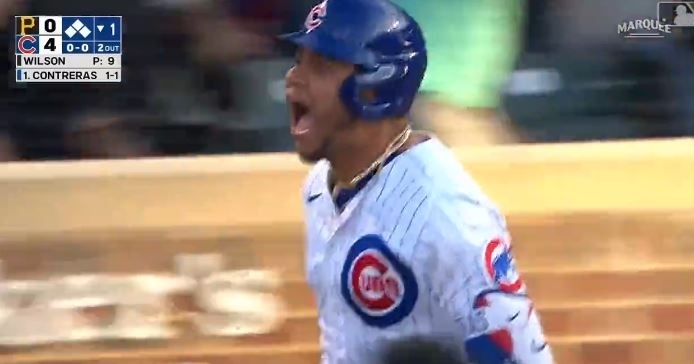 Contreras was thrilled after his homer

Cubs outfielder Willson Contreras crushed a grand slam in the first inning to put the Cubs up 8-0. It was the 100th homer of his career and the season's fifth.

Contreras was seen emotional in the dugout after hitting the historic blast. He is the 10th leadoff hitter with a first-inning grand slam since 1901.

Dugout view after the homer: