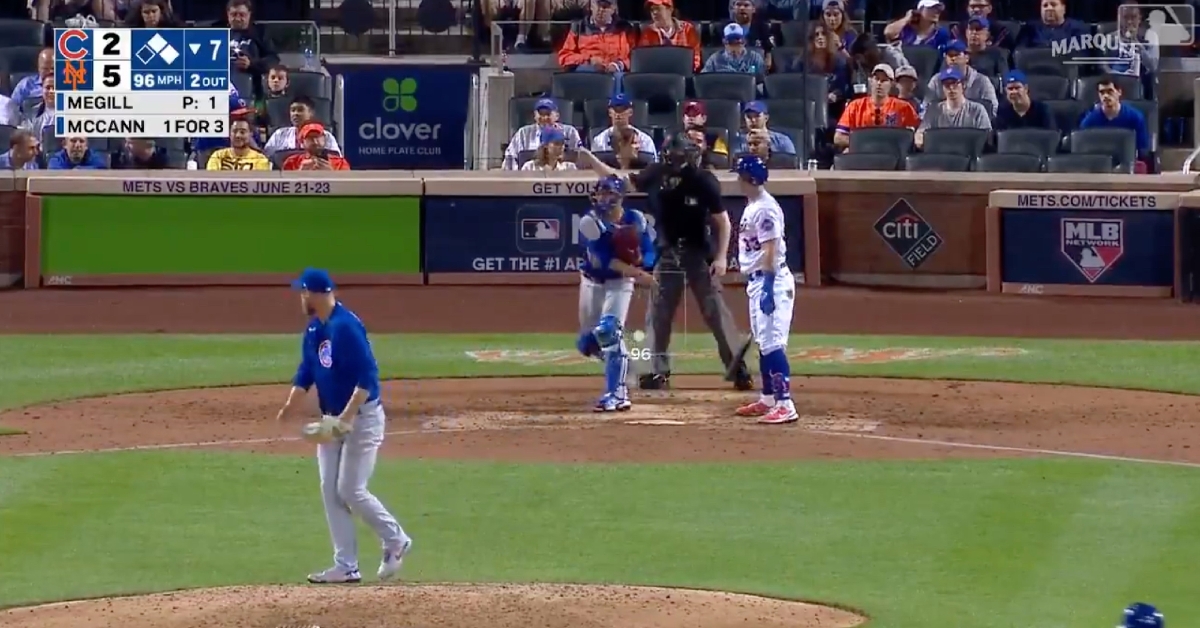 Willson Contreras made Pete Alonso pay for seemingly doubting his arm by picking him off for the final out of the seventh inning.

NEW YORK — Testing the right arm of Willson Contreras is never a good idea, yet New York Mets first baseman Pete Alonso did so by straying too far from first base and getting picked off by the Chicago Cubs catcher. Contreras teamed up with first baseman Anthony Rizzo in picking off Alonso and ending the seventh inning on Monday.

With the Cubs trailing 5-2 at Citi Field and the Mets sporting runners on first and second with two outs, Contreras potentially prevented the Mets from adding to their lead by utilizing his cannon of an arm. The pickoff occurred not long after Trevor Megill relieved Rex Brothers on the mound.

Alonso dived back to the bag in vain, as his flailing attempt at a headfirst slide was thwarted by Rizzo's quick mitt on the tag. As for what the burly Alonso, who is not exactly fleet of foot, was doing standing so far from first as the trail runner — and with fewer than two strikes — is a mystery.