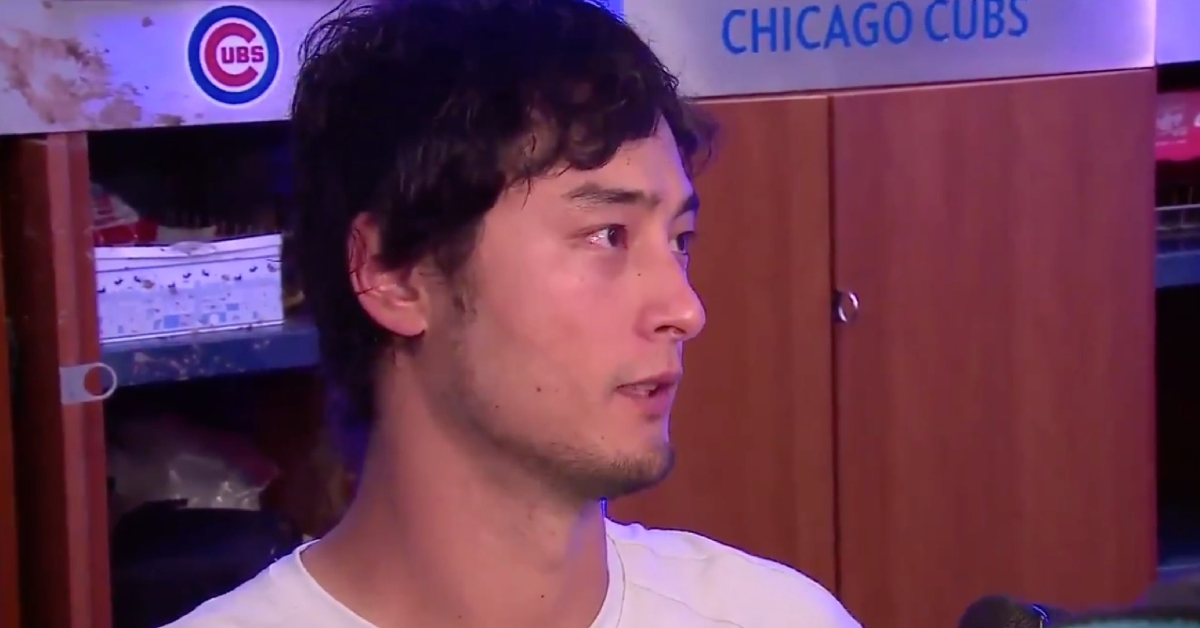 Chicago Cubs starting pitcher Yu Darvish was beside himself after the Cubs endured yet another frustrating loss on Sunday.

CHICAGO — Starting pitcher Yu Darvish is arguably the lone Chicago Cubs player to experience substantial success since the All-Star break. While the rest of the team has essentially trended downward, Darvish has continuously trended upward and reestablished himself as an ace. On Sunday, despite the Cubs losing 3-2 to the St. Louis Cardinals, Darvish dominated through eight innings of work.

Unfortunately for Darvish, his outstanding performance, which featured 12 strikeouts, was overshadowed by the right-hander giving up two runs in the top of the ninth. The Cardinals trailed 2-1 entering the final frame and picked up a pair of runs off Darvish, leading to the Redbirds garnering their first 4-game sweep at Wrigley Field since 1921. As a result, Darvish, who lasted 8 1/3 innings on the mound, received the losing decision and fell to 6-8 overall.

Following the loss, Darvish was extremely frustrated in the clubhouse, and he pointed out to the media that he was so enraged after the game that he trashed his own locker. Clearly eager to make it to the postseason now that he is pitching at his highest level since joining the Cubs, Darvish described his frustration in the wake of Sunday's defeat as "the worst in (his) life."

"I'm so frustrated. Worst in my life. You can see it. Because we have to win, especially today."