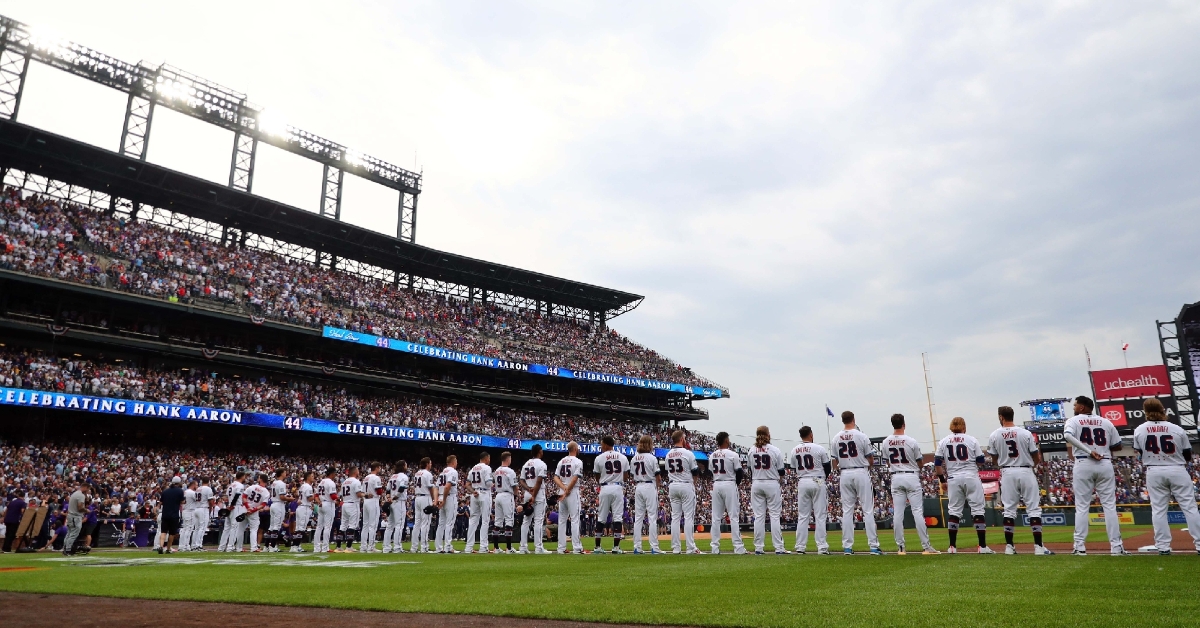 The 2021 All-Star game and festivities that come with it have come and gone and did not disappoint. The midsummer classic seemed to showcase the great game of baseball to a global extent, and the Cubs were well represented by their All-Stars, Kris Bryant and Craig Kimbrel. However, a common theme of the weekend was talking about how much longer those players will don the pinstripes on the Northside.

However, the part for Cubs fans that may have stung the most may have been the fact that there were so many former Cubs who also earned an all-star accolade on the back of their baseball cards this year — wearing a uniform that didn’t say Cubs on it.

This season did not bring high expectations for the Cubs, mostly because of the cost-cutting roster choices the Cubs have made over the course of the last couple off-seasons. However, this Cubs team flipped a switch and played better baseball than anyone from April 17th to the end of May, leaving the Cubs in first place and thinking about potential additions at the trade deadline instead of the predicted sell-off.

What quickly became frustrating was realizing that what the Cubs needed was also what they let go over the last couple of offseasons, starting pitching, outfield depth, backup catcher, strong lefty bat.

The icing on the cake for Cubs fans was that those players with who the Cubs parted ways to try and save money would be the same type of players they could have tried to target at the trade deadline.

An easy example of this is Yu Darvish — the NL Cy Young runner up from 2020 who the Cubs sent to San Diego with Victor Caratini (a reliable backup catcher whom they miss dearly) in exchange for Zach Davies and four young prospects. After struggling for most of 2019, Darvish turned it on in the second half of that season and followed that up with a masterful year in 2020 — albeit it was only 60 games. Darvish finished the year 8-3 with a 2.01 ERA, to finish just behind Trevor Bauer in the NL Cy Young voting.

The Cubs then traded away Darvish in an attempt to shed some salary and retool — and Darvish followed up his stellar campaign with a 7-3 record, a 3.28 ERA (which would rank first on the Cubs), and his fifth career all-star game appearance in his first half of the season with the Padres.

Starting pitching has been the Cubs’ weakness all season long, and it hurts seeing the ace they traded away being an ace for someone else — a team looking forward to playing in October.

Another hard pill to swallow for Cubs fans is finally seeing Kyle Schwarber blossom into an all-star after six years of watching Schwarber fail to reach his potential. Schwarber has 25 homers (most of them in his historic month of June) and 53 RBIs, earning him his first-ever all-star appearance just months after the Cubs decided to non-tender Schwarber a contract for this season, choosing to spend that money on Joc Pederson instead.

Finally, Nick Castellanos appears to be the one that got away for the Cubs. The Cubs acquired him at the 2019 trade deadline, and Castellanos set Wrigley Field on fire, hitting .321 with 16 homers and 36 RBIs in just 51 games down the stretch. He brought a much-needed spark to the Cubs, and his price tag was apparently too lofty for the Cubs to match, letting Castellanos sign with the division rival Reds. In 2020 Castellanos hit 14 homers in 60 games, but this year, the Reds slugger is hitting .331 to lead the NL, has hit a league-leading 29 doubles, 18 homers, and 59 RBI — which would certainly be a much-needed boost to the Cubs lineup if they still had Castellanos manning the outfield and hitting in the middle of their lineup.

As it stands now, the Cubs sit in a tie for third as the unofficial second half of the season begins with a weekend set against the Diamondbacks. The missing pieces to the Cubs puzzle this year were always in front of them, though, now having all-star caliber seasons for other National league teams.