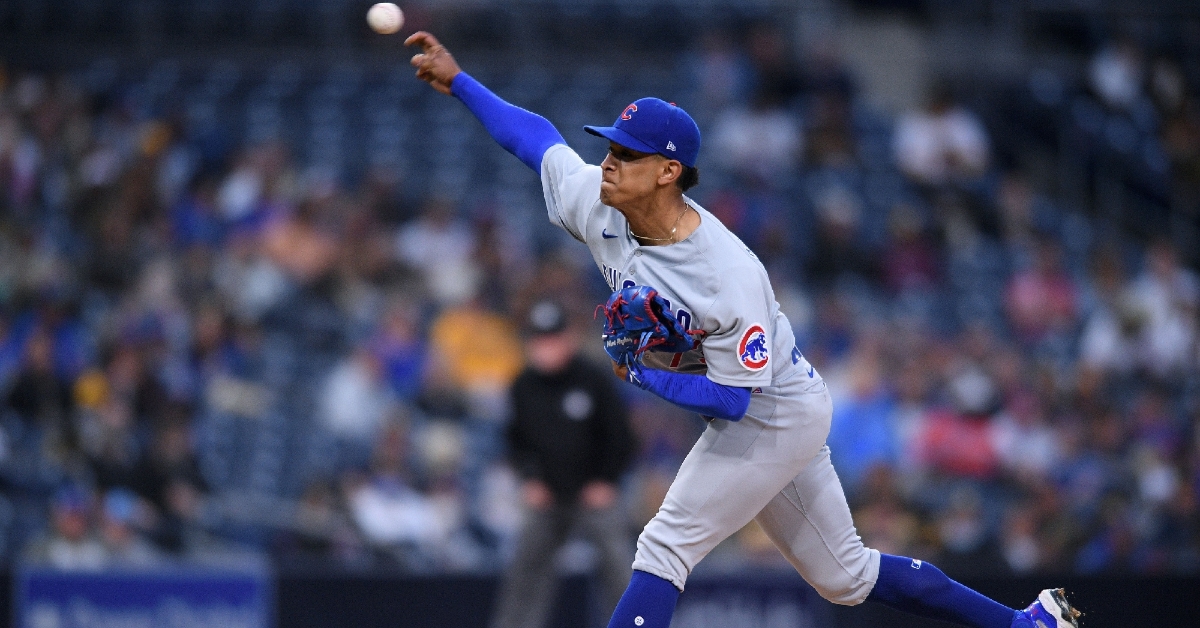 SAN DIEGO — What has made for a largely forgettable West Coast swing for the Chicago Cubs (33-27) continued to not go the North Siders' way, as the Cubs dropped the opener of a three-game series at Petco Park. The Cubs fell to 1-4 on the road trip, with the San Diego Padres (37-25) having early success at the plate against Adbert Alzolay and going on to win 9-4. The Padres were swept by the Cubs in a three-game set at Wrigley Field the week prior, but they never trailed on Monday night.

Two singles and one walk resulted in the Padres loading the bases with no outs in the bottom of the first. With one out, Tommy Pham scored on an RBI groundout by Eric Hosmer, and Jurickson Profar then drew a walk to reload the bases. Alzolay ushered in the second inning by striking out Brian O'Grady. Jake Marisnick returned from an injury layoff on the evening and led off the second with a single. Ryan Weathers then forced Ian Happ to ground into a 5-4-3 double play, though.

Former Cub Victor Caratini kicked off the bottom of the second with a double off the wall in right, with Kris Bryant nearly gunning him down at second. Following a failed sacrifice bunt by Weathers, Caratini took third anyway, as Alzolay was called for a balk. Manny Machado proceeded to plate Caratini via a sacrifice fly. Alzolay struck out the first two batters of the bottom of the third but then walked Profar and gave up a 407-foot two-run jack to O'Grady, which sailed out to center. Caratini hit a base knock after that, but Weathers ended the inning by flying out.

Weathers faltered in the fourth, with singles by Bryant and Anthony Rizzo and a walk drawn by Patrick Wisdom loading the bases with zero outs. Marisnick then hit a tapper that Weathers fielded and threw to first. However, Weathers' throw was off the mark, as it pelted Marisnick in the back. Bryant scored with ease, giving Marisnick an RBI single, and the throwing error allowed Rizzo to score. A bunt by Happ enabled Marisnick and Wisdom to advance, and Wisdom scored on an ensuing sacrifice fly off the bat of Sergio Alcantara. Eric Sogard flied out to end the half-inning.

Cubs cut into the lead. pic.twitter.com/B7AwCXFCic

After issuing a leadoff walk to Pham in the home half of the fourth, Alzolay was evaluated by a trainer and pulled due to a blister on his right middle finger. The righty had previously struggled with blisters earlier in the season. Rex Brothers relieved Alzolay and drew a 6-4-3 double play, which Machado grounded into, and struck out Jake Cronenworth. Keegan Thompson pitched the fifth for the Cubs and retired the side in short order, throwing heat and striking out a pair.

Thompson was not as successful in the sixth, as he walked back-to-back batters with one out and then threw a wild pitch. With runners at second and third, Pham hit a grounder to Rizzo at first. After making an impressive stop of the hard-hit ball, Rizzo threw home, but Caratini beat the throw to the plate, colliding with Willson Contreras on his slide. Ha-Seong Kim came home on another sacrifice fly by Machado, and Cronenworth moved Pham to third with a base hit. Fernando Tatis Jr. flied out thereafter, making the Padres 0-for-9 with runners in scoring position.

Happ led off the seventh by taking Pierce Johnson deep with a 402-foot drive out to center, with Profar backing into the outfield wall while looking up at it. Sogard hit a single a few at-bats later, but Joc Pederson entered as a pinch hitter and grounded into an inning-ending 3-6-1 double play. Dillon Maples struck out Hosmer to start off the bottom half of the frame. He then beaned Profar, walked O'Grady and plunked Caratini. After striking out Wil Myers with the bases loaded, Maples was replaced on the bump by Cory Abbott, who got Pham to ground out on the third pitch of his outing.

The Padres put an end to their hitting woes with runners in scoring position in the eighth and took a five-run lead. First, Machado led off with a dinger to right, which was made possible by Rizzo failing to catch a routine popup hit into foul ground by Machado. Following Rizzo's error, Machado homered on the very next pitch and playfully taunted Rizzo for his gaffe while rounding first.

Anthony Rizzo dropped Manny Machado's pop foul, then Machado hit a HR on the next pitch and pointed to Rizzo as he rounded 1st. Dick move.@Cubs #GoCubsGo @Padres pic.twitter.com/dfSFVKGZv8

In the wake of Machado's homer, Cronenworth singled and then advanced to second on a wild pitch. Hosmer scored Cronenworth by way of a one-out RBI single, and O'Grady came through with two outs, as he plated Hosmer by smacking an RBI to the right field corner. Abbott concluded the inning by ringing up Caratini, but Mark Melancon finished off the Padres' 9-4 victory in the ninth, with Happ grounding into a game-ending 4-6-3 double play.