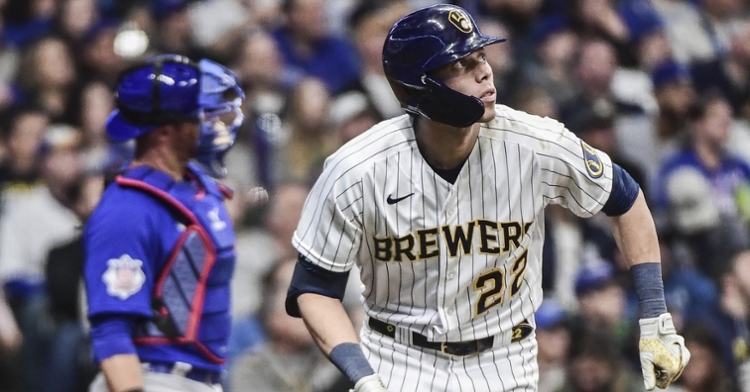 MILWAUKEE - If there were ever a way to hit the reset button, the Chicago Cubs (8-13) would love to find it. After getting off to a 6-4 start to the season and ranking near the top in most offensive categories, things have gone south in a hurry as they have been just 2-9 since.

Two of those losses have come in blowout fashion to the Milwaukee Brewers (15-7) this weekend as their offense continues to struggle. This team invested a lot into improving the offense and bringing in a new hitting coach, and right now, nothing is working. They need some divine intervention as the Brewers rolled again 9-1 and have outscored the Cubs 20-2 in the series.

The last two starts for Justin Steele haven't been good, and despite what the box score says, this was much better. Sure, he allowed four runs in three innings, but he was only charged for two earned runs as his command was much better. Unfortunately for him, Eric Lauer continued his excellent start to the season, going seven innings and allowing just one run on five hits. Going a bit further, Lauer walked one while striking out 11 as his ERA fell to 1.93.

Not only did Lauer set the tone by striking out the side in the first, but the Brewers offense came out swinging in the bottom of the first. Steele wasn't helped by his defense in the first inning, as a leadoff error set the tone for what would be a long night. That was followed by four singles later in the inning, with Hunter Renfroe, Keston Hiura, and Rowdy Tellez having RBI hits to put Milwaukee in front for good 3-0.

The lone run that Lauer allowed came in the second inning when Yan Gomes took him deep for his first homer of the season. Ian Happ added a single later in that frame, but there wasn't much the offense could do. The same thing can be said in the third inning with Patrick Wisdom and Willson Contreras grabbing singles only to be left stranded on the bases.

Take away that first inning, and Steele wasn't bad as he had to work in and out of trouble, but did allow a Mike Brosseau RBI single in the third that saw the Brewers extend the lead 4-1. David Ross went to his bullpen after the third as Scott Effross was the first and worked a scoreless fourth. Despite being early in the season, Effross may be the MVP of the pen as he continues to pitch lights out.

Michael Rucker was next in line to pitch the fifth, and despite punching out four in the inning, he allowed two hits, including a Tellez homer that extended the lead to 6-1. Rucker continued to pitch well in his second inning of work as he added two more strikeouts in the sixth to give him six across his two innings of work.

With Lauer finally out of the game and Trevor Gott on to replace him, the Cubs hoped a new face would lead to offensive success. Unfortunately for the Cubs, new face or not, the results remained the same, with the offense unable to do anything and heading to the bottom of the eighth down five.

In their final at-bats, the Brewers came to life again as they made the recently called up Locke St. John pay for his mistakes. After a scoreless seventh and then striking out the first two in the eighth, St. John ran into trouble with the Brewers putting together an impressive two-out rally.

That all started with a Willy Adames double before Christian Yelich homered for the second time in as many games to make things 8-1. Not ready to slow down, Renfroe continued his breakout series with his third homer of the weekend and went back to back with Yelich as the Brewers held a 9-1 lead at this stage of the game.

At the very worst, the Cubs were hoping to end the game on a positive note, and Wisdom did a great job of that by leading off the ninth with a double off of Jake Cousins. Walks to Seiya Suzuki and Gomes saw the Cubs have the bases loaded with one out as this was their best scoring chance of the evening. Like in many cases this season, the Cubs could not get a big hit as Ian Happ and Michael Hermosillo struck out to end the game.

Contreras and Wisdom led the offense as they accounted for four of the team's six hits. Gomes and Happ added the other two hits, but the Cubs struck out 15 times and left 14 men on base.