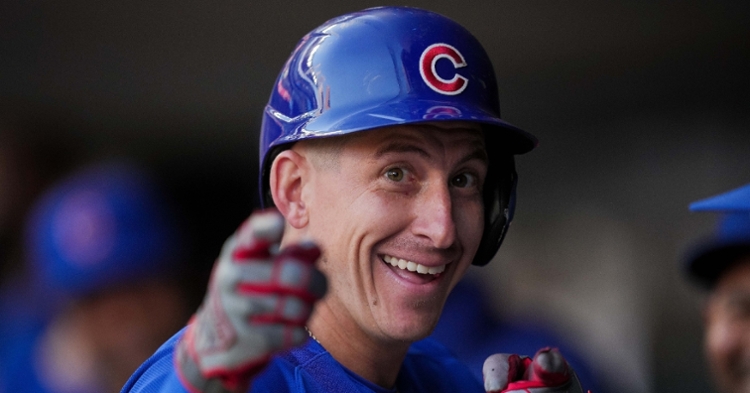 The 2022 Major League Baseball season is upon us, and the Cubs are off to a strong start. Only one series is in the books, and another begins today, but the Cubs on paper and the field look like a much different ball club.

So while you get settled into watching the Cubs play 159 more times over the next six months, get to know who will be on the field.

In the Cubs initial opening day roster, they are carrying six infielders. Last season, the Cubs carried six infielders to open the season, and not one is on the initial roster for the Cubs. Last season saw the likes of Anthony Rizzo, Kris Bryant, Javier Baez, Matt Duffy, Eric Sogard and David Bote on the opening day roster. This time around, Nico Hoerner, Nick Madrigal, Alfonso Rivas, Frank Schwindel, Jonathan Villar and Patrick Wisdom will be around the horn.

Nico Hoerner spent some time in the minors and some time injured last year, but this time around slots himself with a chance to earn and keep the job at shortstop. The Cubs have defensive wizard Andrelton Simmons on the injured list as well, and Jonathan Villar and David Both are capable of handling short stop, but Hoerner will likely to be in the rotation at short stop and second base.

Madrigal is the newly acquired piece from last season’s Craig Kimbrel trade. He gives the Cubs a strong contact oriented approach and solid defense at second base — potentially a missing link atop the Cubs lineup.

Frank Schwindel and Patrick Wisdom are handling the corners, inserting the positions once held by Anthony Rizzo and Kris Bryant, respectively. The pair finished last season strong as rookies and even received Rookie of the Year votes — and seem to have at least temporary job security at the corners.

Alfonso Rivas slots to be the backup first basement, and Jonathan Villar will handle utility duties.

Utility infielder David Bote and gold glove shortstop Andrelton Simmons also figure to factor into this rotation but open the regular season on the injured list.

The Cubs have some familiar faces and some new players to roam the outfield at Wrigley Field. Jason Heyward is with the Cubs for his now seventh season, although he appears to be more of a back up outfielder with defensive ability at this point in his career.

Ian Happ is back again in Chicago, primarily as an outfielder now. His prowess at the plate continues ti improve, and while his defense is suspect in center field, the Cubs at least know they would like his bat to stay in the lineup.

Rafael Ortega emerged as the center fielder after the trade deadline, and his strong performance to close last season earned him an opening day start for the Cubs. His strong contact skills, especially against righties, makes him at least a solid platoon option for the Cubs in 2022.

Seiya Suzuki is the Cubs' prized possession of the offseason. The Japanese superstar earned himself an 85 million dollar contract and impressed on the season's opening weekend. He looks to be the right fielder of the future in Chicago.

Michael Hermosillo was released and resigned by the Cubs, and has made the opening day roster for the first time in his career. He has talent at the plate but still appears raw, as he is only 27 years old. Hermosillo may be a candidate to be sent back to the minor leagues when the Cubs get healthy.

Finally, Clint Frazier is the team’s right handed swinging outfielder / designated hitter. Frazier is a former Yankee, and never really lived up to his powerful potential — but it is clearly still there and the Cubs hope to tap it in 2022.

The Cubs return Willson Contreras for his seventh season as a member of the Chicago Cubs, and potentially his last as his rookie contract is set to expire after the 2022 season. It has been well documented that Contreras is one of the league’s best catchers at the plate, and possessed a strong arm, to go along with an unmatched passion for the game.

After a bit of a carousel to find Willson’s backup, Yan Gomes slots in to be the Cubs No. 2 man behind the plate. Gomes is in his 30s and proves to be a reliable backstop to handle things when Contreras needs a breather.

Stay tuned as we will break down the Cubs pitching staff as well.