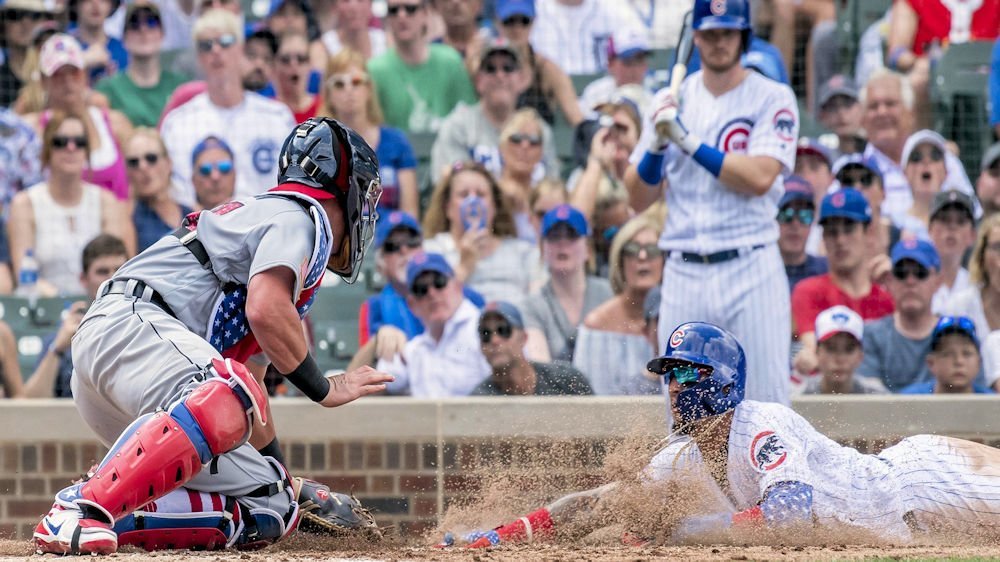 I have never understood why a baseball player wanted to slide head first. It used to be a rarity and when you saw someone do it they usually were a speed guy stealing a base. Most everyone else went in feet first.

Pete Rose is a guy that comes to mind who I first saw slide head first, but since he also ran down to first base on a walk you chalked it up to him being goofy. Then sometime around the Ricky Henderson era, you noticed more and more guys doing it, including head-first slides into first base.

Don’t even get me started on that topic.

Suddenly, in the last 15 years everybody and their brother was sliding headfirst and then it inevitably started happening. Injuries started to pile up because of sliding recklessly. Sprained wrists, jammed thumbs, hyperextended fingers, strained elbows, and wrenched shoulders as a cornucopia of new possibilities emerged.

According to a study by MLB, when an injury occurs average time missed is 15.3 days. 12% of the injuries result in surgery and that means at least two months out. Hands, fingers, and thumbs were twice as likely to be injured when sliding head first as opposed to feet and ankles on feet first slides.

So, what is my point?

Baseball clubs are paying their players a lot of money. While it is entertainment for the fans, it is a business for the owners and watching your financial investments going out of their way to get injured has to be disconcerting at best and enraging a bit.

For the Ricketts family, they must be talking with Jed Hoyer and Theo Epstein about changing the culture on this team to stop sliding headfirst. Superstar third baseman Kris Bryant is on the disabled list due to an injury from a headfirst slide.

The Cubs' Kris Bryant appears to injure his left finger on a head-first slide; exits game vs. Braves pic.twitter.com/xYQ9ZVfavF

Bryant is too valuable and too expensive to keep getting himself hurt when he could stop this himself. He has said at least three times now that he was done with the headfirst slide and yet he keeps doing it.

Only a crazy person, or someone who doesn’t care about his teammates, keeps doing something that continues to hurt him. He needs to be pulled into Theo’s office, along with Javier Baez, and everyone else that does it and told either stop or you are going back to Iowa to be retrained.

This is just silly and expensive and is something that can be easily fixed. The injuries are disrespectful to your teammates, discouraging to fans, and expensive to ownership. It is a major issue for baseball and it needs to be addressed with the union.

I know that nothing is ever going to be done as god forbid an owner should want his investment protected without the union screaming you can’t tell our guys what to do. So, let me ask this. If you showed up to your job and every day you threw a pair of scissors as high into the air as you could and then tried to catch them, do you think someone would say stop it?