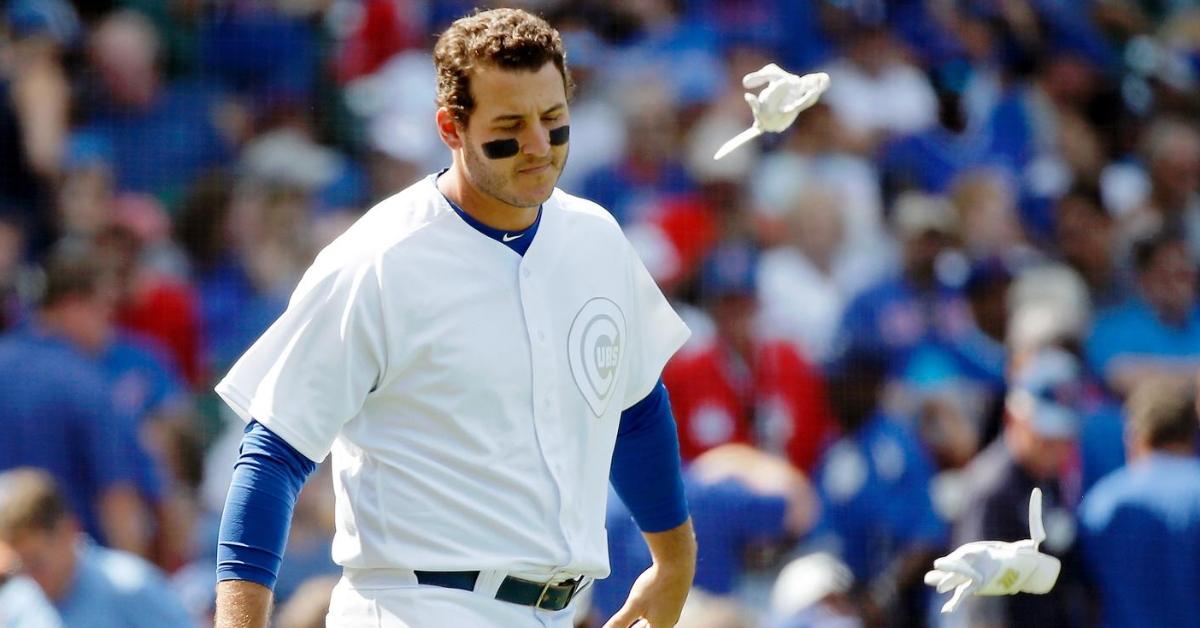 I’m not sure why MLB ever adopted the concept of Player’s Weekend, but if you ask MLB, they’ll say that it was the brainchild of CC Sabathia and a pair of other players, who were "instrumental in developing the concept together with representatives from the MLBPA and MLB. The event was designed to allow players to give players the opportunity to express their personal style, and to acquaint hometown fans with newer team members. The introduction of colorful uniforms and nicknames also reached out to the youth demographic.” Hogwash.

As for the self-expression part of that statement, I’ve always felt that the best way for a ballplayer to express himself was to hit .325, or for a pitcher to post a 2.00 ERA- the same holds true for a new player trying to get acquainted with “new hometown fans;” just ask David Bote.

Look, I’m all about letting the guys have a little fun- a chance to let their hair down (no offense intended, intended, Jon Lester) and relax from some of the ridiculous rules that MLB has listed in their rulebook (184 pages worth, for the 2019 edition), but let’s not whitewash this by saying that it’s anything other than what it is: fun (with MLB’s watchful eye monitoring, of course, so that no one has too much fun).

I liked the Cubs’ Player Weekend uniforms last year- something different for a change- but this year? Garbage. Commissioner, Rob Manfred, in his infinite wisdom, decided this year, rather than having the teams choose some cool looking pastel colored jersey (is there even really such a thing?), that he’d make this year’s uniforms “monochromatic” (translation- only one color). The irony of it all is that while MLB is trying to be less stringent with the rules, Manfred chose two colors this year- black and white- the epitome of “by the book.”

Never mind the fact that while the Cubs and other teams in white are running around looking like a bunch of Good Humor ice-cream men in Stormtrooper helmets, the opposing side is dying in the heat from being dressed from head to toe in black in the hottest part of the summer. (Note to self: This is the same commissioner who says that the baseballs have not been tampered with this year.)

I said on Friday that the all-white uniforms were hideously ugly, but the Cubs outdid themselves Saturday, by not only wearing the whites again but then by adding white baseball caps to boot.

Although I was at a loss for words yesterday, I finally decided to pinpoint what was wrong with these white uniforms (besides everything). In the sunlight, you couldn’t see the team logo, numbers or the players’ nicknames, as Manfred and his monochromatic ways, decided to make all of that stuff a shade of off-white (barely gray) so light, that they could hardly be seen.

Oh, by the way, some of these nicknames… I could absolutely see myself referring to Tyler Chatwood as “Chatty” if we ever met in person, and the same goes for the nicknames owned by El Mago, KB, J-Hey, Boat, and Schwarbs, but under no circumstance in any arena, will you ever hear me calling Addison Russell “Russell Muscle,” nor will I ever refer to Steve Cishek as “Speed-pass.” For the record, if Kris Bryant gave me an interview, but demanded I had to use his other nickname listed on Baseball-Reference (Sparkles), I’d avoid that interview at all costs.

Then there are the self-deprecating nicknames, like “Dirtbag,” worn by Jason Kipnis (Indians). Now, one might think that Craig Kimbrel’s “Dirty Craig” would fall into this category as well, but it doesn’t: (1) Because he’s referring to his “filthy” pitches and not his personal hygiene, and (2) Well… because he’s Craig Kimbrel and he’s a badass closer who hangs an arm out like a vulture hovering over its prey before he pitches- that’s why.

Even dumber than some of the nicknames, is the “ultra-creative player” who wants to “express himself” by using an emoji as a nickname- 27 of those creative souls this year, to be exact, and none of them impressed me. OK, I sort of get Brad Boxberger (the pioneer of the emoji nickname) wearing a box and burger emoji, and I’ll accept that, as he was the first to wear one (last year) to ever do so, but imagine the joy and overwhelming sense of pride one must receive from wearing an emoji of a padlock on your back (Walker Lockett- Mets), or taking the field with the peace sign and a sun emoji (Mike Clevinger- Indians).

This year’s winner for “Dumbest Overall Jersey Nickname in Any Category” has got to go to:

Jerry Blevins of the Atlanta Braves. Yes, believe it or not, Blevins went with a jersey that read “JER-RY JER-RY JER-RY.” I’m not sure why Blevins would want to associate himself with the former mayor of Cincinnati, who’s political career crashed after he was caught with a lady of the evening (look it up), much less take the (nick)namesake of a guy who’s become a gazillionaire from exploiting some of America’s most psychologically-damaged goods, but Blevins did it.

Blevins’ jersey ALONE should be reason enough to dismantle Players’ Weekend in its entirety, but the stupid uniforms and some of the dumb nicknames certainly rank a close second and third, respectively. Look, I’m all for the guys getting to have a little fun, but let’s not overthink this. Put their nicknames (no emojis please) on the back of the standard uniforms, and let the players wear all the colorful sleeves, cleats, stirrups and catcher’s gear they want while allowing them to wear chartreuse gloves while swinging a “Donny Osmond-purple” colored bat. If we're going to shoot for the moon, then let the visiting team choose the color of their jersey from a Mary Kay eye shadow chart or something.

Then there’s that hypocrisy I mentioned… Jose Quintana was exempted from the white cap on Saturday, as pitchers are prohibited from doing so (he wore a black hat). The reason being, the white cap may confuse a batter, as it matches the ball.

What I find interesting (and a bit hypocritical) about all of this, is that when MLB mandated the different color cap for Q and other pitchers wearing white, they violated their own rule- 3.03(a) to be exact, which states, “All players on a team shall wear uniforms identical in color, trim and style, and all players’ uniforms shall include minimal six-inch numbers on their backs.”

Even more hypocritical, is the fact that MLB wants guys to express themselves, but they only allow them to do it for 3 out of 162 games per year (1.85% of the time), and if they try to stretch that personal expression to even just 2%, they may get fined (sounds rather oppressive for a league that promotes at least part-time freedom of expression).

When Cole Hamels and the Cubs were in Philly earlier this month, Hamels was fined for merely adding a “DPM” patch to his right sleeve (worn by the Phillies’ players), who were honoring David P. Montgomery, the Phillies former president, who passed away on May 8. Cole had requested the patch from the Phillies when the Cubs and Phils met at Wrigley in May.

When asked about whether MLB permitted him to wear the patch, Hollywood replied, “No, I'll take the fine, I really don't care. David meant a lot to me and my wife [Heidi]. For what it's worth, coming here at 18 years old and being here for such a long time, he was a person that was in our life a lot.”

Big deal, Manfred- it’s a patch for crying out loud. It’s not like Hamels slapped on a Nike patch and paraded around the field for sponsorship dollars, he was honoring a man that he respected and loved. Get over yourself and fix the damn baseballs, so that we can have a Cy Young winner next year with an ERA under 8.00.

That’s it for me. I’m now going to see a shrink after finding myself referencing Jerry Springer, the color chartreuse, “Donny Osmond-purple,” Mary Kay eye shadow and “cool looking” pastels.