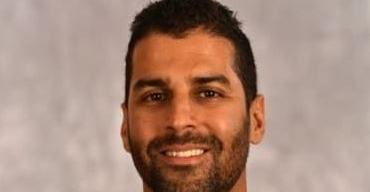 Bokhari, 38, spent the previous three seasons with the Houston Astros

Bokhari, 38, spent the previous three seasons with the Houston Astros, first as Director of Research and Development starting in November of 2018 before he was promoted to Senior Director, Player Evaluation a year later. Prior to the 2021 campaign, Bokhari was named Senior Director of Strategic Decision Making.

With Houston, Bokhari contributed to amateur, professional and international player evaluation. He oversaw all projects coming out of the team’s research and development group, ensuring their quality and making certain that all baseball operations’ consumer needs were met.

Bokhari began his career in professional baseball in 2015 with the Los Angeles Dodgers, spending four seasons with the Dodgers research and development department as a Senior Analyst.

Bokhari earned his undergraduate degree in psychology and mathematics at the University of Arizona, graduating in 2009.