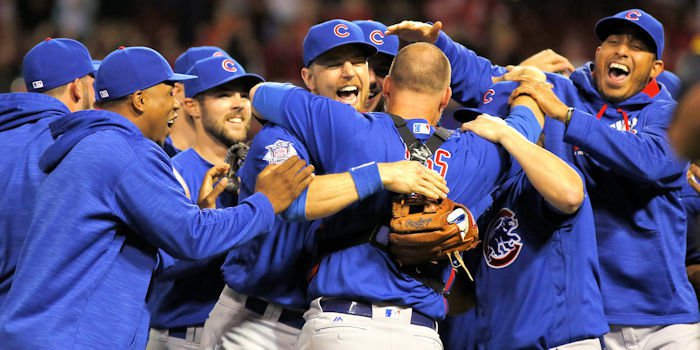 The Chicago Cubs won their first World Series since 1908 and ticket prices have surged as fans what to get a glimpse of the defending World Champions. According to our good friends at TicketIQ, the average asking price per ticket is $186 which is the highest they have tracked for the Cubs.

The home opener versus the Dodgers is the team's top ticket of the season, with an average asking price $443 and cheapest ticket going for $116. That is a 147% increase compared to last season's home game.

“For Cubs fans who couldn't pay thousands of dollars to see their team in the World Series, Opening Day is a more affordable way to be a part of history,” TicketIQ founder Jesse Lawrence said.

--The Cubs have the 2nd highest boost to season average we've tracked after winning the World Series. Average price per ticket increased 32% from 2016 to $186 (the San Francisco Giants saw a 59% price hike to $91 following the 2012 WS victory).