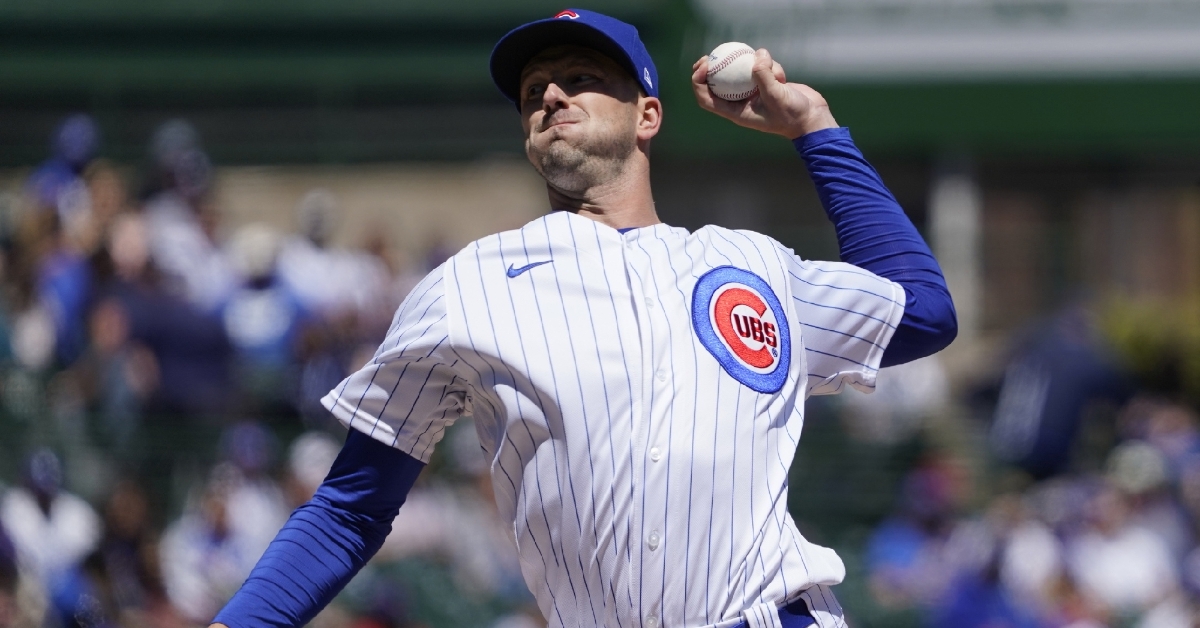 CHICAGO - Following heavy rains at Wrigley Field Friday that saw the postponement of Friday's game, the Chicago Cubs (9-16) welcomed the Los Angeles Dodgers (17-7) for a doubleheader on Saturday.

Expecting to have a massive challenge, the Cubs were put up against Clayton Kershaw for game one as he was looking to build off his strong start to the season. Getting the ball for the Cubs was Drew Smyly as he returned from the Bereavement List.

Smyly continues to pitch well and possibly could be their most consistent pitcher thus far as he went 4 1/3 innings of work, allowing three runs with two earned. He gave way to Robert Gsellman and Sean Newcomb, with Gsellman allowing the final four runs on the afternoon.

As good as Smyly was, Kershaw was a problem all game long for Chicago as the veteran southpaw surrendered just five hits across seven innings of work walking one and striking out two. Most importantly, he didn't allow a single run as his ERA sits at 1.80 for the season as the Dodgers took game one 7-0.

Smyly immediately found himself behind the eight ball in the first inning, allowing a leadoff walk to Mookie Betts followed by a Freddie Freeman double that saw the Dodgers lead 1-0. Take away that rough start, and Smyly was very good as he matched Kershaw pitch for pitch in the early stages of the game to keep things close.

With the Cubs offense doing nothing offensively, the Dodgers didn't need a ton of offense, using the Austin Barnes fourth-inning homer to double their lead 2-0. One inning later saw Freeman pick up another double which signaled the end for Smyly, and the call to Gsellman was made.

Much like how Smyly started his game, Gsellman didn't get off to a great start walking Trea Turner and then allowing a two-run double off the bat of Justin Turner to extend the lead to 4-0. Gsellman struggled in the seventh inning, with Freeman picking up his third double of the game before coming home on the Turner single to make things 5-0. Gsellman would avoid further damage for the time being as he induced an inning-ending double play.

It took seven innings for the Cubs to have their first real scoring chance of the game, but that is precisely what happened. Yan Gomes connected for a one-out single to put a runner on base before Frank Schwindel added a single of his own to put two runners on base. Unfortunately, Nico Hoerner grounded out to end the threat as Kershaw was off the hook with his shutout still intact.

Things continued to get worse for Gsellman in the eighth inning. After retiring, the first hitter Gsellman, walked Chris Tayler and then allowed a Cody Bellinger double to put a pair of runners in scoring position. The hit parade for the Dodgers continued with Barnes picking up another RBI hit to extend the lead to 7-0.

With the Dodgers bullpen now on the mound, the Cubs were hoping to make a little noise late after being shut out through eight innings. They would need to cash in against Reyes Moronta, who was on to pitch the ninth.

Willson Contreras led the inning off by getting hit by a pitch and then advanced to second after Alfonso Rivas took a walk. That would be the last of the baserunners for the Cubs as Moronta retired the next two hitters to preserve the shutout and sent the Cubs packing 7-0.

With just five hits, the Cubs offense remains in a massive slump as they can't get anything done on the offensive end. Hoerner continued his recent hot streak by leading the way with two hits, with Seiya Suzuki, Gomes, and Schwindel adding the rest. Suzuki also took a walk.