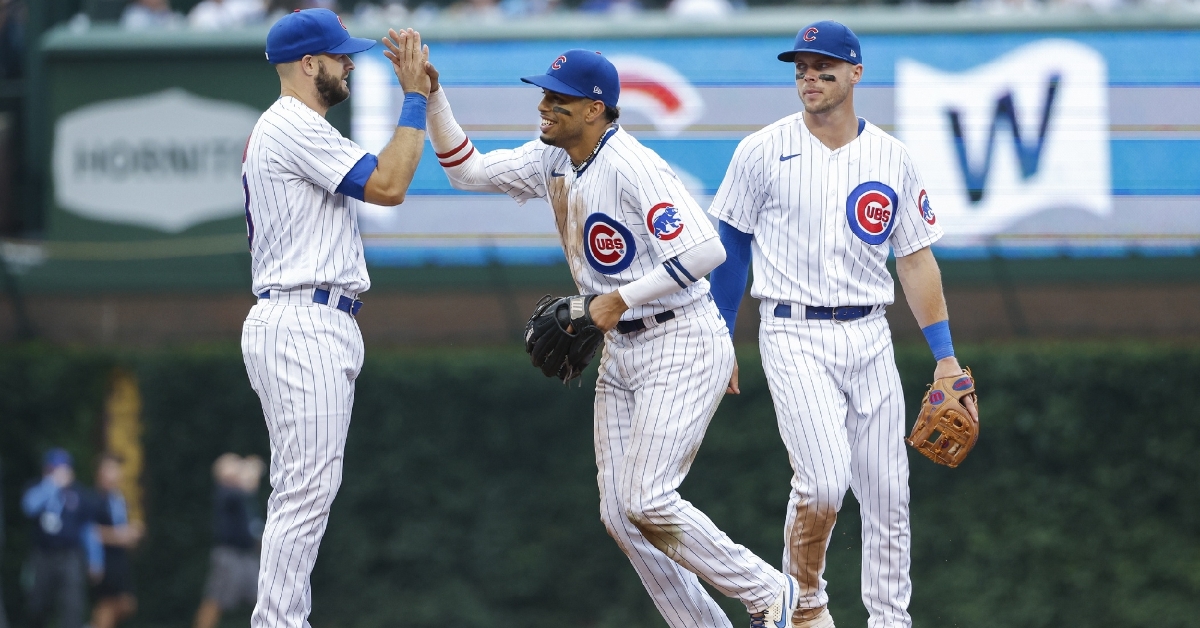 CHICAGO - Make that eight out of ten games that have been decided by two runs or less. That is the current trend that the Chicago Cubs (35-57) have been on for the last week in a half. While most of those games have resulted in losses, you have to give David Ross some credit for making sure his team doesn't go down without a fight.

Looking back at their nine-game skid, you had four very competitive games against the Dodgers that didn't go in their favor and then four more against the New York Mets (58-35) at Wrigley Field. That latter part came this weekend, with the first three games going to the Mets, two of which were competitive extra-inning wins.

Locked into another tight battle on Sunday, the Cubs were forced to rally late before taking the lead for good in the eighth inning and picking up the 3-2 win. In a matchup that saw David Peterson take on the impressive Adrian Sampson, fans were treated to another pitcher's duel that saw three runs scored across the first six innings and five runs total.

For Sampson, it was more of the same as he continued to prove a point that he deserves a spot in this rotation. Despite going 5 1/3 innings and walking three, he did what the Cubs needed as he tossed 112 pitches in the game. Better yet, he kept the Cubs in the ball game as he allowed two runs for another impressive start.

The only issue was Peterson on the other side, as the Mets pitching staff continues to be one of the best in baseball. Peterson lasted only five innings, but unlike Sampson, who had one strikeout, he struck out eight as the Cubs hitters were overmatched at the time. Peterson also left, allowing one unearned run before it again became a battle of the bullpens.

For the first time this season, a team was able to push a run across against Sampson in the first. One-out singles from Starlin Marte and Francisco Lindor helped set the tone. With runners on the corners and two outs, Lindor took off for second with Marte coming home on the backend as the steal of home gave the Mets a 1-0 lead early.

The Cubs had their own rally going in the second inning with Seiya Suzuki working a leadoff walk ahead of the Nico Hoerner single, but yet again, a double play ball ruined any chance of big things happening. With the third inning being quiet for both teams, the Mets again had the pressure on the Cubs in the fourth with a two-out walk and double, but Sampson got out of things unharmed.

While the Cubs offense was quiet through three innings, they started to wake up in the fourth and finally put pressure on Peterson. Not only did Ian Happ lead things off with a single, but Hoerner added a second hit two batters later to put two on with one out. After a costly fielding error loaded the bases, Patrick Wisdom showed great patience at the plate to work a walk and brought home the tying run.

That tie game didn't last long, with the Mets jumping back in front in the fifth. Brandon Nimmo got things started with a one-out walk before advancing to second on the Marte single. Still standing on second, but with two outs, Pete Alonso came through with another huge RBI hit as his franchise record 77th RBI before the all-star break put the Mets in front 2-1. Fortunately for the Cubs, that would be the last of the Mets runs, but they still needed to come up with some offense to win this game.

First out of the pen for the Cubs and Mets was Steven Brault and Tommy Hunter, as both of them kept their opponent off the board. Still trailing by one in the eighth, it was time for Rowan Wick to take his turn as he is hoping to turn his season around in the second half of the season.

Things were not easy, but nothing has been easy for Wick this season as he allowed a Lindor single to lead things off before Eduardo Escobar added a two-out single later in the inning. It was on that single where the game changed as Lindor tried to score only to be gunned down at home to keep things 2-1.

That appeared to be the momentum swing the Cubs needed as Drew Smith entered to pitch the ninth. Christopher Morel greeted Smith with a leadoff single. He then advanced to third on a Willson Contreras single as the Cubs were in business. Despite Ian Happ grounding out to the pitcher for the first out, Morel got a great read and came home to score to tie things up.

With two-down and still one duck left on the pond, Hoerner capped off his great night at the dish with the go-ahead and eventual game-winning single up the middle, which gave the Cubs a 3-2 lead heading into the ninth. Now with the lead, it was up to David Robertson to close things out as he made his first appearance in about a week. Despite a one-out single, Robertson ended the Cubs skid with a game-ending double play to send the Cubs into the break on a positive note.

Hoerner continues to have an incredible season as he finished the day with three hits to go with that winning RBI. He is hitting .307 this season. The Cubs had four other players record hits with Morel, Contreras, Happ, and Suzuki all with one.