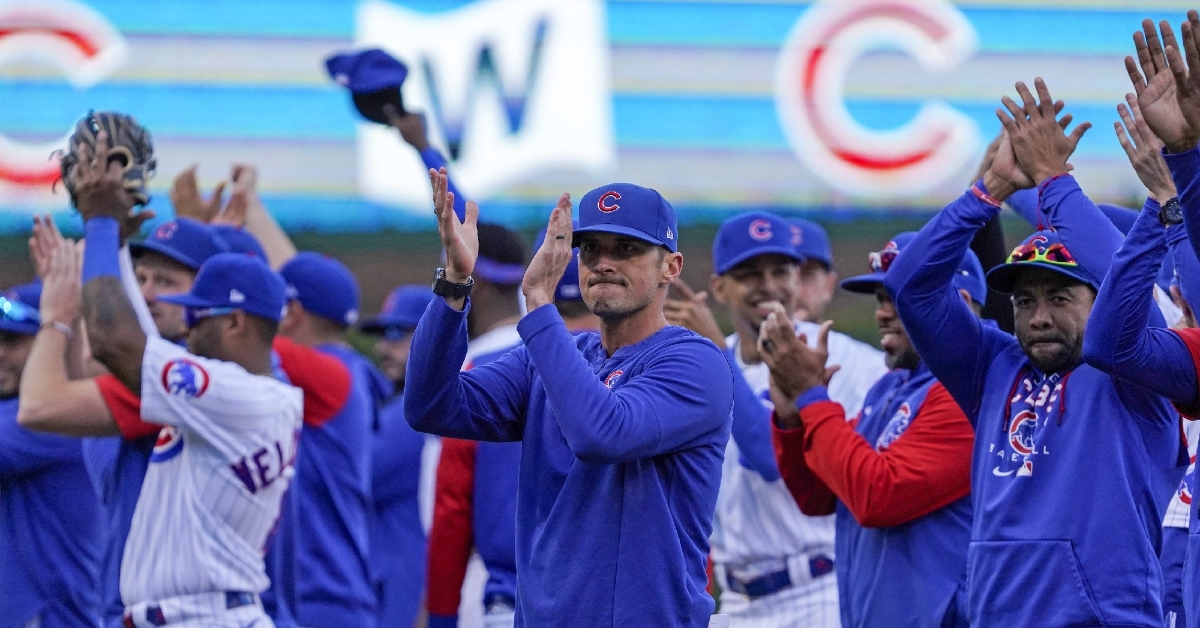 Chicago - How many of you, when the season started, predicted that the Chicago Cubs (73-86) would lose fewer than 90 games this season? Well, after their win against the Cincinnati Reds (60-99) 8-1 on Sunday, the Cubs will finish with at worst 89 losses and could be even better depending on their final three games of the season.

That is primarily due to their seven-game winning streak, including a perfect 6-0 homestand to end the home slate of games this year. We have talked about for the better part of the last few days on why this season has turned around, and you can look right at the starting pitching as the reason why. With every passing start, this team is getting better when it comes to their starting pitching, which is something they can look at heading into next season.

Making his final start of 2022 was Marcus Stroman, who is one of the reasons why the Cubs pitching has turned around as quickly as it has. Since the beginning of June, when he returned from the IL, his ERA has been hovering around 3.00 and lower than that over his last six starts. He gave the Cubs six shutout innings today with seven strikeouts to cap off 2022 with a 3.50 ERA.

Although Stroman was doing his part on the mound, the Cubs offense made things incredibly easy for him, as most of their damage came in one inning. That was the first inning where Chase Anderson had an inning to forget. Not only was Anderson charged with five earned runs, but he didn't even make it out of the first before David Bell went to his bullpen.

Stroman took a little bit to settle in and was forced to work out of a small first-inning jam, but after that, he was dialed in. The Cubs wasted no time getting things rolling, with Zach McKinstry leading things off with a double. That double was followed by three straight walks from Anderson, including one with the bases loaded to Ian Happ to put the Cubs in front for good 1-0.

Nico Hoerner pushed the second run across with an RBI fielders choice while the Franmil Reyes single extended the lead to 3-0. Another walk to PJ Higgins kept plenty of traffic on the bases, only to see Nelson Velazquez bring home a pair with an RBI double to put the Cubs in front 5-0. That would be all the Cubs would need offensively, but they were not going to stop at five.

Give the Reds some credit. Despite the lopsided score on the scoreboard, they continued to keep pressure on Stroman in the second inning, putting runners on second and third before he also pitched out of that jam. Once the Reds went to the bullpen, they managed to keep the offense much quieter even though Seiya Suzuki and Happ picked up singles in the second before coming empty-handed.

Throughout the first four innings, the Cubs put runners on base in each inning, but it wasn't until the fourth that they added to their lead. That started with a Suzuki single and another Happ double to put runners on second and third. Hoerner made sure to capitalize on that situation with a sacrifice fly to make things 6-0.

Stroman would finish off the final two innings of his outing by allowing minimal baserunners as he left with a 6-0 lead. Mark Leiter Jr was the first pitcher out of the pen for David Ross as he entered the game to pitch the seventh. The Reds were happy to see that as they finally managed to push a run across home.

It started with a Mike Siani single to lead off the inning before Leiter Jr retired the next two hitters. With Siani standing on second and two down, Jonathan India cashed in with an RBI single to put an end to the shutout bid as the Reds now trailed the Cubs 6-1.

Despite being up by five, that run seemed to upset the Cubs offense a bit as Hoerner started the seventh with a single before advancing to the third on the Reyes double. Following a pair of strikeouts, Velazquez took it upon himself to clear the bases again with an RBI triple and extended the Cubs lead to 8-1.

Rowan Wick and Erich Uelmen took over the final two innings, striking out four of the six batters they faced, including the side for Wick in the eighth, as the Cubs capped off a perfect homestand to close out the season 8-1. If Happ faced the Reds all season, he would be an MVP and led the team with three hits.

Suzuki, Reyes, and Velazquez added two hits apiece to the Cubs lineup, with Velazquez coming away with four RBIs to lead the team. With the win, Stroman ended the season with a flurry as he finished 2022 with a 6-7 mark and a 3.50 ERA, and he will head into next season as one of the sure things in next year's rotation.