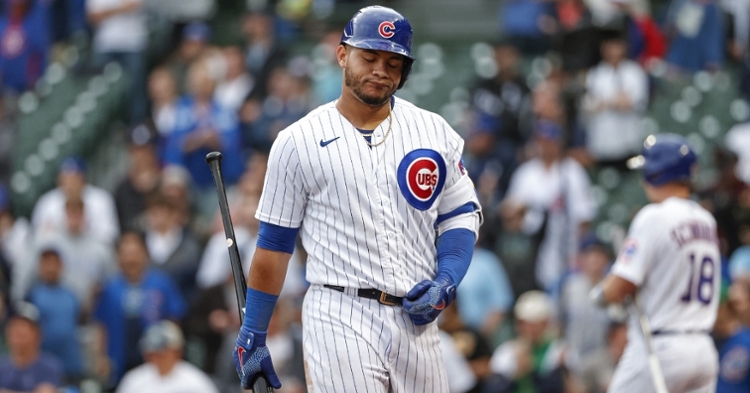 CHICAGO - When the week began, and you saw the Chicago Cubs (7-9) seven-game homestand at Wrigley Field, you liked their chances. You had a Cubs team who got off to a strong start to open the season taking on a pair of teams struggling to find consistency.

However, after dropping two of three to Tampa and then the first two games against the Pittsburgh Pirates (8-8), the Cubs were guaranteed a losing homestand for the first time in 2022. Hoping to end their homestand on a positive note, the Cubs were looking to put an encore on their 21-0 beatdown they delivered on Saturday.

Instead, you had Justin Steele struggling for his second straight start as the left-hander surrendered three runs in three innings of work while battling through some command issues. Add in a run allowed by Rowan Wick, and it proved too much for the Cubs as the Pirates picked up the 4-3 win and took three of four from the Cubs this weekend.

As rough as things were for Steele, the first inning had to be his best inning as he recorded one of his two strikeouts in the process. Opposing him was JT Brubaker, who didn't get off to the start he was hoping for. A leadoff double from Rafael Ortega got things started for the Cubs before coming home to score on an error for the 1-0 lead. Ian Happ worked a walk later in the inning, followed by the Frank Schwindel RBI single to make things 2-0 after one.

#Cubs pick up a pair of runs in the 1st! pic.twitter.com/L6oFNyOjQG

Later, one inning saw the Pirates get on the board with Yoshi Tsutsugo leading things off with a single before a Kevin Newman walk to put two runners on with no outs. Two batters later saw Ben Gamel continue to torment the Cubs as his RBI single pulled Buccos to within 2-1.

As if that wasn't bad enough, the Pirates continued to take it too Steele in the third, with Bryan Reynolds leading things off with a walk before advancing to third on the Ke'Bryan Hayes double. With one down, Tsutsugo tied things up with a sacrifice fly before Newman gave the Pirates the lead for good as his RBI double with two outs put Pittsburgh on top 3-2.

Despite the Cubs being down one, David Ross elected to go with Wick in the fourth as the bullpen was responsible from here on out. Although Wick allowed a fourth run to score after Diego Castillo reached base with a single, it was an unearned run as the Cubs defense committed an error allowing for the Pirates fourth run to score. Apart from that, the Cubs pen was brilliant as they didn't allow a run the rest of the way and gave the offense a chance.

Those chances were few and far between as the Cubs had several opportunities to tie things up as the game went on, only to come up short with double-play balls and strikeouts. With Mychal Givens on to pitch the seventh, the Cubs had their best chance to score since the first inning during that sevnenth.

Not only did Alfonso Rivas lead things off with a double, but a popup single from Patrick Wisdom followed that as the Cubs had runners on the corners with no outs. Chicago could not cash in that opportunity as their next three hitters went down to keep the Cubs down by a pair.

One inning later saw the Cubs pull within 4-3 as Ian Happ connected for his first homer of 2022 as the Cubs had one out in the eighth.

Add an error and an intentional walk to Rivas later in the inning, and the Cubs had a pair of runners on with two outs. Unfortunately, nothing would come of that as Wisdom struck out to end the inning with the Cubs still down 4-3.

David Robertson was the final pitcher called on to pitch for the Cubs and continued to do what he has done all season, making quick work of the Pirates to send the game to the bottom of the ninth with the Cubs down one and with one last chance to go. David Bednar was looking to go through the heart of the order again, as this was his first save opportunity of the series.

If the Cubs were going to go down, they would not go down easy as Ortega picked up a one-out double and then advanced to third on a Seiya Suzuki double, putting the winning run in scoring position just one out. After Contreras' strikeout, Happ was intentionally walked as the bases were loaded for Schwindel. Three pitches later and Schwindel was sent back to the dugout as Bedar had some emotions to show in a 4-3 Pirates win.

Despite losing again, the Cubs managed to outhit the Pirates 10-6, with all but Nick Madrigal getting a hit with more than three plate appearances. Ortega and Schwindel led the way with two hits.