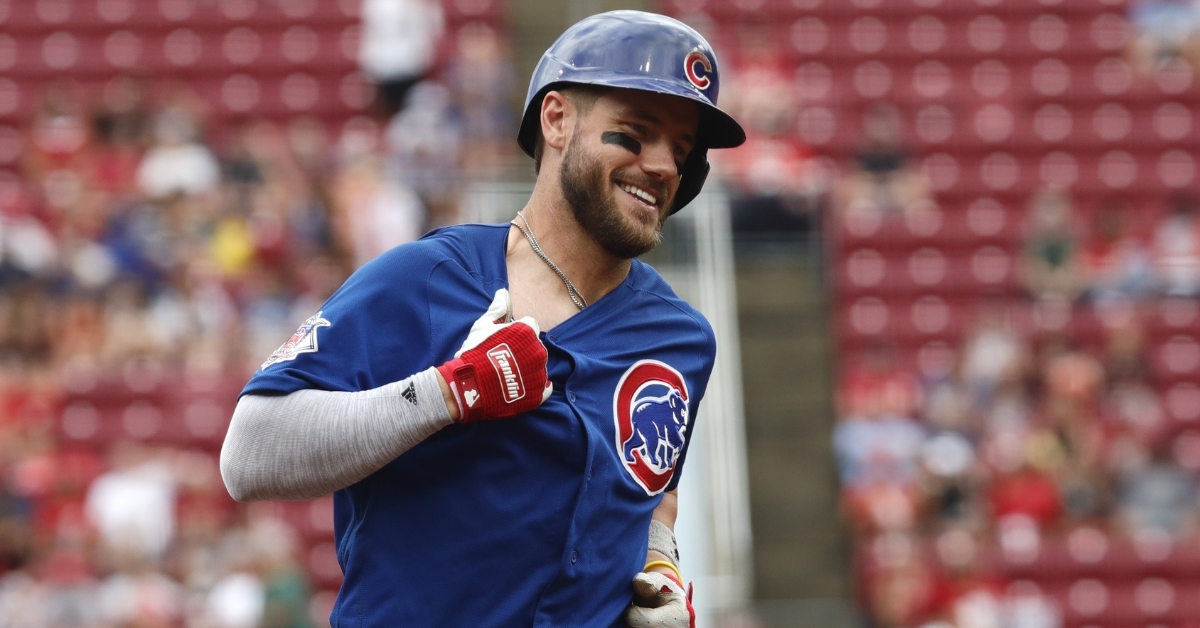 CINCINNATI - There haven't been many where you can sit here and say Keegan Thompson had a rough day. Well, it was one of those rare off days for the Right Hander at the Great American Ballpark as he lasted just 1 2/3 innings, allowing four runs on just two hits. Not only that, but his command was not great either, walking three and striking out two as his ERA rose to 3.67.

Fortunately for Thompson, he has an offense that gave him plenty of support early as they played long ball three times to score five runs and bailed him off the hook. However, it was Anderson Espinoza who couldn't hold that lead as the Cincinnati Reds (45-68) avoided the sweep by topping the Chicago Cubs (47-66) 8-5.

Not only did Thompson struggle, but Justin Dunn also had a rough day on the mound. Sure, he lasted a bit longer, tossing 3 2/3 innings, but he allowed five earned runs before handing over to the bullpen. Keep in mind that this bullpen has struggled mightily all season long, but after 5 1/3 scoreless frames of relief, there may be some light at the end of the tunnel after all.

With the score knotted 0-0 in the second inning, Nico Hoerner put the Cubs offense in business as his one-out double gave Chicago a runner in scoring position. Three pitches later saw Patrick Wisdom unload for his 21st homer and put the Cubs in front 2-0. A double from Zach McKinstry shortly after put another runner in scoring position, but Dunn was able to wiggle out of trouble without further damage.

Like Dunn, Thompson had his struggles in the second, but it was his command that did him in. After consecutive walks to Donovan Solano and Albert Almora Jr to start the inning, it was Aristides Aquino that made him pay as his three-run shot put the Reds in front 3-2. Things only got worse from there with Jake Fraley picking up a two-out double, forcing David Ross's hand to go with Espinoza and the bullpen.

Espinoza's outing wasn't pretty early as he walked the first hitter he faced before allowing a Kyle Farmer RBI that saw the Reds jump in front 4-2. Looking to pull a little closer in the third, Franmil Reyes ripped a double to center field only to see Ian Happ gunned down at home by Almora Jr to end the inning.

Chicago didn't let that discourage them as they came out swinging in the fourth inning. Not known for their two-out magic, the Cubs went a little bit against the grain here with McKinstry picking up his second double in as many at-bats, which was followed by the game-tying homer from Yan Gomes. The very next pitch saw the Cubs take the lead with Christopher Morel following that Gomes homer with one of his own to make things 5-4.

Yan and Morel for the lead! pic.twitter.com/vIBuGFM7Rp

Add in singles from Nelson Velazquez and Ian Happ later in the inning, and the Cubs had a chance for more, but couldn't cash in.

Like when they took the lead in the second, it didn't last long as singles from Austin Romine and Fraley had the Reds in business. With Alejo Lopez batting, Espinoza registered a costly balk, resulting in an RBI fielder's choice shortly after to bring things back to even 5-5.

At that point in the game, all the momentum shifted in the Reds favor, and they used that momentum to surge in front for good in the fifth. With one down in the inning, Solano connected for a single ahead of the Almora Jr walk, and just like that, two men were on. That was it for Espinoza as Michael Rucker was summoned to pitch in a difficult situation.

Rucker may have started his outing with a massive strikeout against Aquino, but he allowed a Jose Barrero single shortly after that put the Reds in front for good 6-5. Four pitches later saw Romine deliver the knock-out blow as his RBI double extended the lead to 8-5. Rucker was only charged with one of those runs. Not only did the Reds have a chance for more runs against the Cubs in the sixth, but the Cubs offense went silent after that fourth inning and could get next to nothing going.

That was until the eighth inning, when Chicago set themselves up with a golden opportunity to at the very least pull a little closer. Wisdom led things off that inning with a single before the Cubs patience started to show at the plate. With one out, Gomes and Morel took walks, resulting in a bases-loaded one-out situation.

Looking for, at the very worst, a fly ball to pull a little closer, the Cubs had the worst result possible as a pair of strikeouts against the Reds closer Alexis Diaz ended the threat and had the Cubs searching for answers. With Kevin Castro still on for the Cubs in the eighth, Cincinnati mounted a mini rally of their own as singles by Lopez and Farmer started things off, only to have Castro recover to retire the next three hitters he faced.

Down to their final three outs and with Diaz on the mound, the Cubs had something going as Seiya Suzuki reached first to lead things off with an error. A one-out single from Hoerner followed that, and just like that, the tying run was coming to the plate. Unfortunately for the Cubs, that is where the tying run would stay as Diaz bounced back to retire the final two hitters, including a McKinstry strikeout to end the game and give the Reds an 8-5 win.

With 12 hits, there were plenty of contributions to go around as Hoerner led the way with three hits. Wisdom and McKinstry added two hits while five other players had one hit in the game.