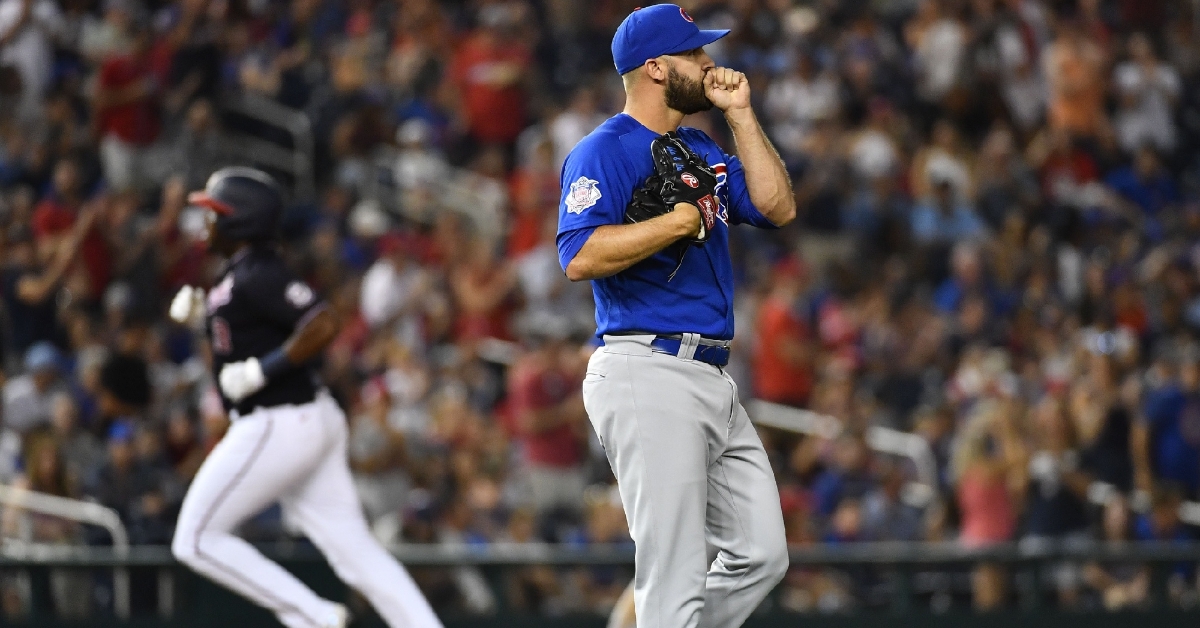 WASHINGTON — On a surreal Friday night at Nationals Park, a Chicago Cubs (50-55) team fresh off trading away several core players and entering a rebuilding phase took on a Washington Nationals (48-55) squad that also traded away several star players prior to the trade deadline. Ironically, Jake Arrieta, a core player from the 2016 World Series who previously departed the Cubs before returning, started on the mound for the Cubs following an injury layoff. The Cubs ultimately fell to the Nats in the opener of a three-game series 4-3.

The first run of the game came via a 402-foot solo shot hit to right-center by Luis Garcia off Arrieta in the second. The Nationals put runners on the corners with two outs later in the inning, but Arrieta struck out fellow starter Paolo Espino to strand them. Sergio Alcantara hit a leadoff double in the third and made it to third on a wild pitch before scoring on a double by Rafael Ortega. Andrew Stevenson started off the home half of the third with a double and then scored on a sacrifice bunt by Alcides Escobar because of a throwing error by Arrieta.

He plays elite defense up the middle.

Stevenson struck out with two away and runners on second and third in the fourth. Josh Bell increased the Nationals' lead to 3-1 with a 430-foot solo shot with two outs in the fifth. Adam Morgan gave it up. Michael Rucker, who was just called up for his MLB debut, pitched the sixth, and Yadiel Hernandez hit a two-out double off him that scored Carter Kieboom from first. Patrick Wisdom came up with a clutch two-out hit of his own in the eighth, as he smacked a two-run single through the infield and into left. Making his big league debut, Gabe Klobosits gave up the base knock, which plated Ortega and Contreras, who hit a double a few at-bats prior.

Manuel Rodriguez, another newcomer to the Cubs' bullpen, tossed a 1-2-3 eighth with two strikeouts. The Cubs were unable to come up with a run in the ninth, though, as Kyle Finnegan finished the Cubs off on the bump. Jason Heyward led off with a single, but Matt Duffy then grounded into a double play. An Alcantara lineout to second, which Garcia caught, wrapped up the North Siders' 4-3 loss to the Nationals. The Cubs have now lost four games in a row.