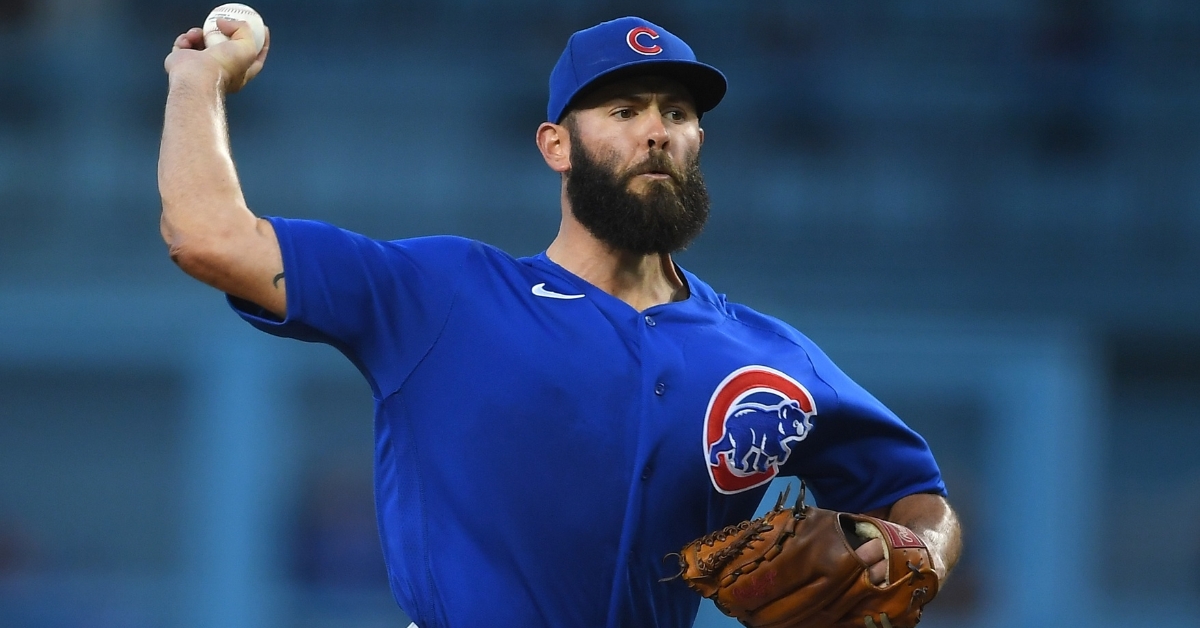 LOS ANGELES — The Chicago Cubs (42-34) no-hit the Los Angeles Dodgers (45-31) on Thursday, but the Dodgers bounced back on Friday. In addition to outhitting the Cubs 8-5, the Dodgers powered out three home runs at Dodger Stadium. The Cubs went 0-for-7 with runners in scoring position and left eight men on base. A four-run eighth inning provided the Dodgers with a late lead and resulted in them winning 6-2 the night after being on the wrong end of a combined no-hitter.

Tony Gonsolin started on the bump for the Dodgers and fell into a 1-0 hole just two pitches into the game. The first pitch of the evening saw former Dodger Joc Pederson fly out. On the very next pitch, Kris Bryant smacked a 414-foot blast out to left-center. Jake Arrieta allowed the Dodgers to tie the score in the second. Cody Bellinger led off with a single and stole second. He took third on a Will Smith groundout and scored on an RBI groundout off the bat of Gavin Lux. The grounder slipped by Anthony Rizzo at first, giving Bellinger enough time to come off, as Javy Baez fielded the ball on a shift and threw to first instead of going home with it.

Zach McKinstry took Arrieta deep on the first pitch of the bottom of the third. The go-ahead 409-footer carried out to straightaway center. Gonsolin followed that with a walk and advanced to third when Justin Turner hit a two-out double. The Cubs opted to intentionally walk Cody Bellinger on a 3-0 count to load the bases, and Ian Happ then snagged a liner hit to second by Smith. A.J. Pollock doubled with one out in the fourth but was ultimately left stranded by former Cub Steven Souza Jr. grounding out to conclude ?the inning.

With Victor Gonzalez pitching, Jason Heyward hit a broken-bat single to lead off the fifth. Jake Marisnick drew a walk after that, and Arrieta then bunted foul with two strikes. Pederson grounded into a fielder's choice, with Marisnick getting thrown out at second, and stole second. Joe Kelly caused Bryant to leave both runners deserted in scoring position by striking him out. Happ committed a fielding error in the bottom of the fifth that allowed Max Muncy to reach with one away. Turner singled after that, and Smith was walked with two outs, thus loading the bases. Arrieta escaped the jam, though, by forcing Lux to ground out.

Kelly hit Contreras on the left hand with a pitch with two outs in the sixth. Contreras was able to shake off the pain and remain in the game. David Price relieved Kelly at that point and drew an inning-ending groundout from Patrick Wisdom. Keegan Thompson pitched the sixth and struck out McKinstry on a wild pitch, which enabled McKinstry to safely make it to first. Mookie Betts walked with two outs, but Muncy then flied out.

Jimmy Nelson walked Heyward to begin the seventh. Thereafter, Marisnick singled, and Sergio Alcantara advanced the baserunners via a sacrifice bunt. Blake Treinen came in to pitch at that point, and Pederson collected an RBI by skying a sacrifice fly to center, with Heyward tagging up and scoring from third. Bryant flied out to usher in the stretch. Thompson and Andrew Chafin combined to pitch a 1-2-3 seventh. A leadoff base knock hit by Baez off Treinen in the eighth did not lead to any runs scoring.

The Dodgers took the lead in the home half of the eighth, as Ryan Tepera suffered a rare lackluster outing. After walking Lux to lead things off, Tepera gave up a two-run shot to Pollock. The go-ahead round-tripper to left was followed by a McKinstry groundout, which featured a great diving stop in the 3-4 hole by Alcantara. Tommy Nance then relieved Tepera and forced Chris Taylor to ground out. Betts singled and stole second, and Muncy increased the Dodgers' lead with a two-run bomb to right. Heyward hit a leadoff single in the ninth and eventually reached third. However, Kenley Jansen prevented the Cubs from scoring in the final inning, as he locked up the Dodgers' 6-2 victory.