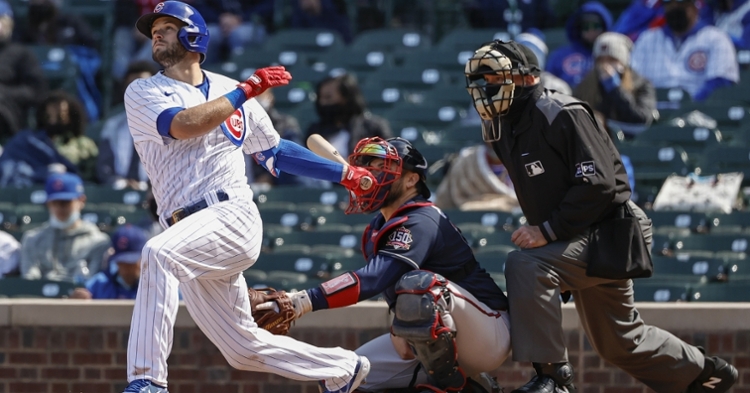 The Cubs open the 2022 regular season with seven players from their 40-man roster on the injured list, and there are some big names that aren't healthy to start the season with the team.

David Bote: David Bote injured himself late in the 2021 season and will miss the beginning of this season. The injury came while sliding and ended his season. As he still goes through rehab from shoulder surgery, he is not expected to return to the Cubs lineup until some point in May if all goes well.

Bote is a solid depth piece, provides quality defense at both second and third base, and has also proven to be a good shortstop. Bote struggles at times at the plate but has great power against lefties. The Cubs will likely backfill his role with newly acquired Jonathan Villar with him hurt.

Andrelton Simmons: With so many quality offensive shortstops on the market this offseason that the Cubs missed out on, they settled on defensive wizard Andrelton Simmons. Simmons joined the Cubs in Spring Training but was experiencing some left shoulder soreness, which will keep him sidelined to open the regular season.

While Simmons appeared set to start most of the season at shortstop, his absence will be quickly filled by Nico Hoerner. When Simmons returns, Hoerner will play more of a utility role, but his bat will still likely be in the lineup every day.

Adbert Alzolay: Many hoped Adbert Alzolay would take a big step into becoming a consistent starter in the MLB in 2022. However, that hope will have to wait as Alzolay is on the 60-day injured list with a lat injury. Alzolay will be sidelined until at least June, which will keep the hard-throwing 27-year-old out of the rotation.

His loss seems to expose some depth issues in the Cubs rotation, but as Wade Miley and Alec Mills heal, the Cubs should be okay until Alzolay returns.

Codi Heuer: After the Cubs acquired Codi Heuer from the White Sox in the Craig Kimbrel trade, Heuer pitched to a 3.14 ERA in 25 games and excited the Cubs coaching staff about Heuer's potential in upcoming seasons. Heuer looked like he could be an answer at the back end of the Cubs bullpen, but the Cubs will have to wait to see Heuer in action until next season, likely as he underwent Tommy John surgery in March.

With Heuer on the shelf, David Robertson and Rowan Wick look like the guys at the back end of the Cubs bullpen in 2022.

Wade Miley: The Cubs' offseason began with a quiet move before the lockout. It was claiming left-handed starter Wade Miley from the Reds after his best season since 2012. Miley went 12-7 with a 3.37 ERA in 2021, and the Cubs will be spending less than 10 million a year on him. However, Miley will have to wait to make his Cubs debut as he is on the 10-day injured list with left elbow soreness.

With Miley out, the Cubs will look to have a four-man rotation due to off-days until Miley and Alec Mills return from injury.

Alec Mills: Aside from Kyle Hendricks, Mills is the Cubs' longest-tenured starter. With a no-hitter under his belt, it isn't flashy, but Mills has proven to be a reliable starter. He has spent some time as a starter and in the bullpen and immediately provides a shaky Cubs staff with depth. But Mills will miss the beginning of the regular season as he is on the 10-day injured list with a back injury.

Like Miley, Mills will have a spot when he is healthy.

Brad Wieck: The final Cub on the injured list is tall left-handed relief pitcher Brad Wieck, who pitched just 18 innings since 2019. As he was ready to return in 2022, Wieck suffered a grade 2 strain in his flexor and was placed on the 60-day injured list, derailing his third straight season. Wieck has battled numerous injuries but has displayed good stuff in his brief time with the Cubs.

The Cubs have plenty of arms there to fill Wieck's loss but will miss his left-handed specialty in the pen.

“He’s doing all right. He says he feels good. Said he’s available, but I think just as I’m making out the lineup and stuff last night, assuming there’s some soreness, assuming that two days off wouldn’t hurt anybody right now – none of these guys have been on their feet nine innings before the start of the season – so it just makes a lot of sense."

Happ is not on the IL like the others on the list and could be in the lineup on Tuesday against the Pirates.