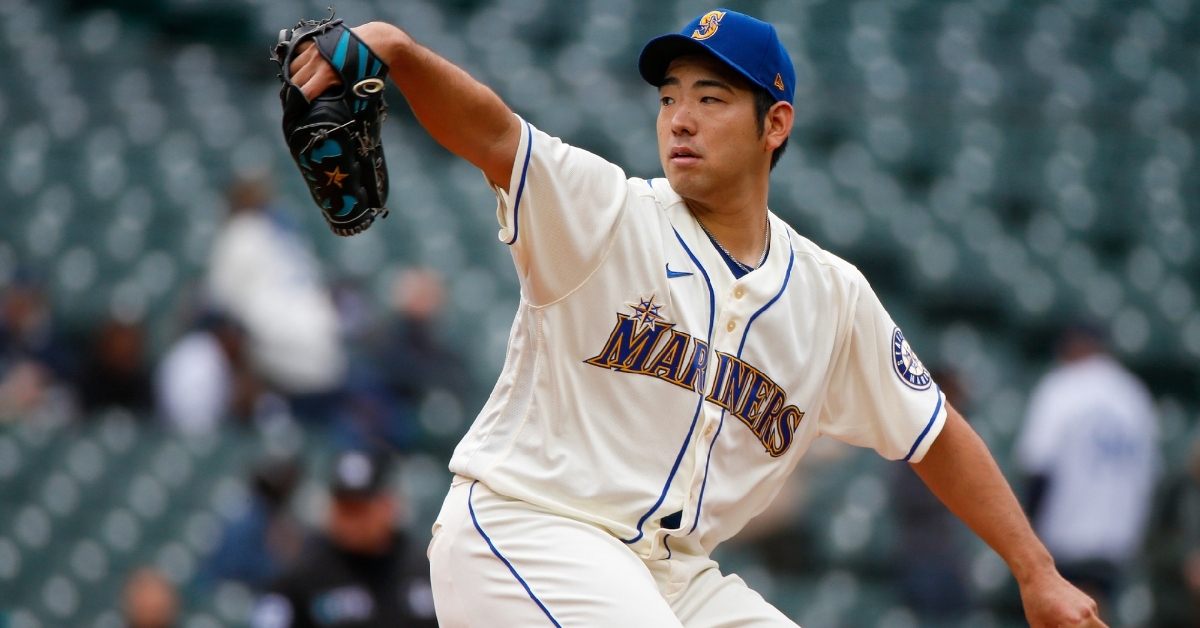 You have to love the hot stove portion of the offseason, don't you? As the GM meetings are underway, this is also the beginning of rumor season, as plenty of free agent rumors are circling around every team. There is never a dull moment during the offseason from qualifying offers to potential reunions, as so many questions remain unanswered.

For the Cubs, there has been no shortage of rumors going around, with most of them surrounding the pitching side of things. We have already heard the Cubs showing interest in Kevin Gausman, but now it looks like Marcus Stroman and others remain high on their list. When you ask MLB experts, most of them have the Cubs avoiding high profile pitchers and instead of working on hitters to round out their roster better.

However, one free agent pitcher continues to be linked to the Cubs and one that would be a back of the rotation piece, if anything. That name is former Seattle Mariners pitcher Yusei Kikuchi.

Before we break down his career track and stats, let's talk about why the Cubs are linked to him and why it makes sense.

For starters, he is a left-handed pitcher, which the Cubs didn't have last season. With the addition of Wade Miley last week, the Cubs know they need left-handed help. Second, he is still just 30 years of age, so there is plenty left in the tank for him to give the Cubs plenty of innings. Third, he is a hard thrower which the Cubs lacked last season apart from Adbert Alzolay. Finally, the projected contract he is looking to sign lands in the two-year 23 million range, which is far more than enough for the Cubs to afford.

Although there are many good and tons of things that make sense, there are also many risks involved, which concerns me if you are a Cubs fan. Born in Morioka, Japan, Kikuchi was one of the better pitchers for quite some time as part of NPB. There, he spent nine seasons with the Saitama Seibu Lions and quickly became one of the more durable and trusted pitchers in the game.

Across his NPB career, Kikuchi posted incredible numbers, going 73-46 with a 2.77 ERA and 903 strikeouts. During that time, he was also a three-time all-star and was the wins and ERA leader in 2017. His consistent production drew the attention of plenty of major league teams, and once he elected to come stateside, the offers were endless.

The Seattle Mariners made him the best offer, and he bounced on the opportunity to try his luck with Seattle. Given how well he pitched in Japan, Kikuchi was coming to one of the better pitcher parks in the game, so you had to think those numbers would continue. However, as we have seen far too often, success overseas doesn't always translate to success in America as this is just a different style of game.

Kikuchi has struggled mightily since joining the Mariners rotation, going 15-24 with a 4.97 ERA. That would be one thing if he were pitching in a hitters park, but with most of his starts coming in Seattle, that is a significant concern. After posting consecutive seasons with an ERA over 5.00, Kikuchi started to make significant strides this season, even if the numbers don't reflect that.

He still struggled to win games, going 7-9 across his 29 starts, but his 4.41 ERA was a career-best and more than a half of run better than his first two big-league seasons. Add in 62 walks and a career-high 163 strikeouts, and it seems like Kikuchi started to figure things out at the MLB level, even if it took him a little while.

Even if the results haven't been great, I love the way Kikuchi attacks hitters as he has no fear. He goes right after them, works quickly, and does his best to avoid hard contact even if that is not possible all the time. Going from Seattle to Wrigley may require a bit of a learning curve, but one the Cubs can afford to take for the back end of the rotation.

If you forgot, Seattle wasn't the only team looking to get Kikuchi when he posted, as the Cubs were one of his top three choices. While it is unclear why he chose Seattle over Chicago, the Cubs may have dodged a bullet regarding how long it took him to develop. What is looking like a pitcher who is starting to come into his own, the Cubs may be willing to take a one or two-year flyer on him to see what he can do.