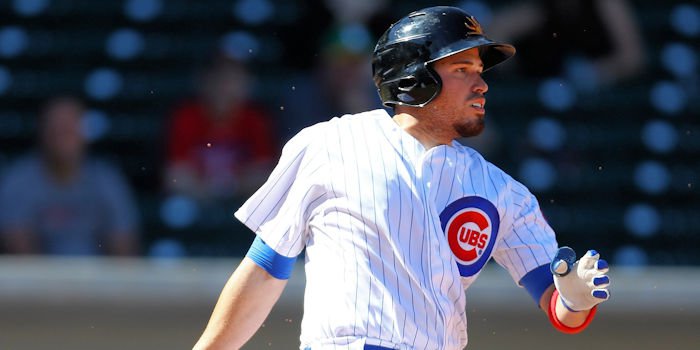 CHICAGO – The Chicago Cubs today selected the contract of catcher Chris Gimenez from Triple-A Iowa. Catcher Victor Caratini has been optioned to Triple-A.

Gimenez, who will wear uniform number 53, will be available for the Cubs tonight when they continue their three-game series against the San Francisco Giants at Wrigley Field.

To make room for Gimenez on the 40-man roster, infielder Efren Navarro has been designated for assignment.

The #Cubs today selected the contract of catcher Chris Gimenez from @IowaCubs and optioned catcher Victor Caratini to Triple-A.

INF Efren Navarro has been designated for assignment. pic.twitter.com/gJJF211ntJ

The #Cubs today placed RHP Yu Darvish on the 10-day DL (retroactive to May 23) with right triceps tendonitis and recalled LHP Randy Rosario from @IowaCubs.